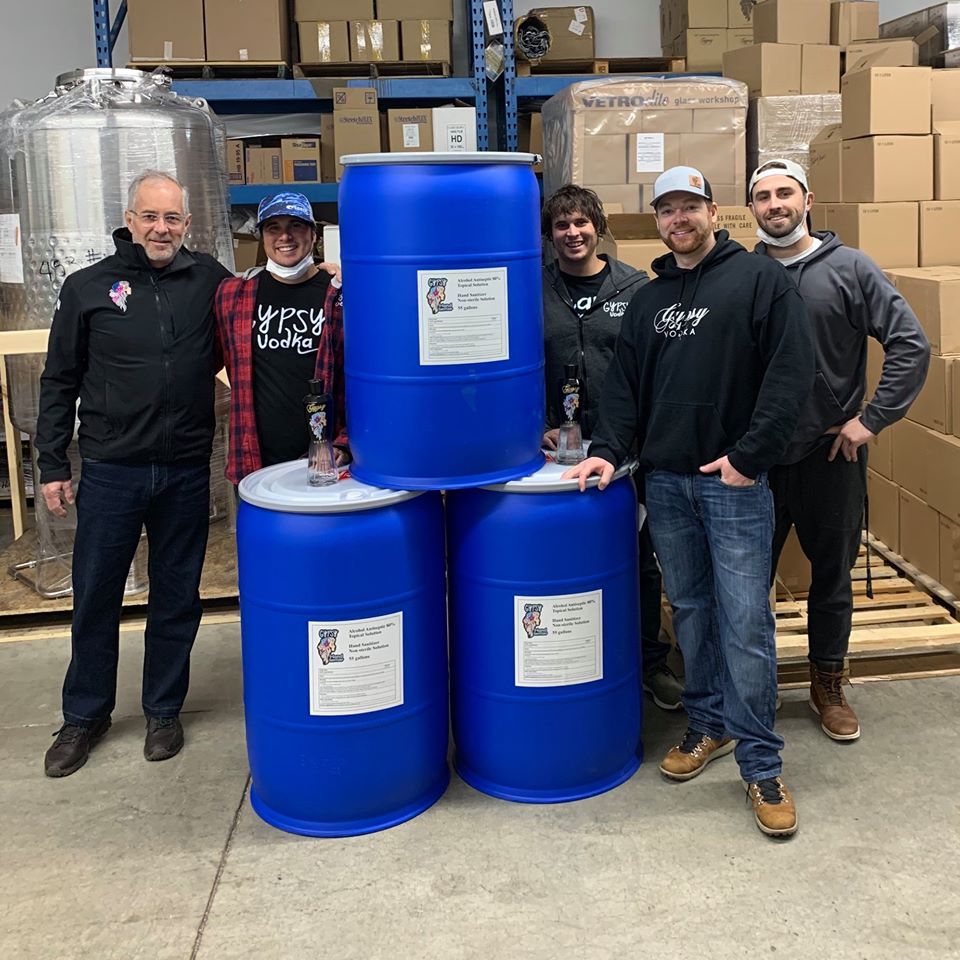 PETOSKEY, MI – High Five Spirits Distillery of Petoskey, which is widely known for its Gypsy Vodka, has halted production of vodka to focus on producing hand sanitizer for McLaren Northern Michigan.

“We have been following the COVID-19 pandemic for a few months, so as soon as we got the call from the hospital, we knew it was our duty to our community and state to get involved,” said High Five Spirits, Director of Operations, Michael Kolkmeyer.

Todd Burch, Chief Executive Officer of McLaren Northern Michigan, reached out to the distillery in mid-March. “We are actively seeking ways to prepare for the supply shortages we are facing in health care. We are having to think in different ways to find the supplies we need and are thankful for Gypsy stepping up in our moment of need.”

The pharmacy at McLaren Northern Michigan received sample ingredients from the distillery to compound the first bottles of the hand sanitizer and conducted lab tests to ensure that the resulting solution worked as effectively as the standard supply. When those tests came back successful, McLaren Northern Michigan gave the go ahead for production at the High Five Spirits facility.

High Five Spirits, which is known for its local involvement, has plans to produce 500 gallons of hand sanitizer for McLaren Health Care hospitals immediately and will work to ramp up production as the need arises.

Kolkmeyer emphasized, “We understand times are scary and uncertain, and that is why we feel the need to do our part to support the medical heroes on the frontlines who are working around the clock to care for our loved ones.”