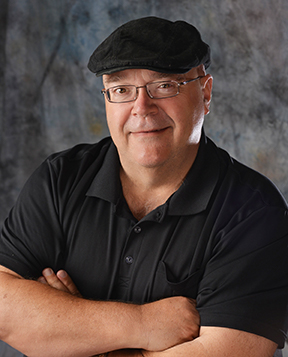 It was 10:00 pm, I was taking a nap in my “Comfy Chair” when I heard sound off in the distance, it seemed to be far away. The sound brought me out of my REM sleep and I groggily began to recognize it, it was Kitty Cat! It was dark out, but she continued to meow louder and louder. I got up and opened the sliding glass door, letting her in the family room. As I began to head back to my “Comfy Chair” my nose began to fill up with a strong musty, sulphur like odor. My dog Cali went over to kitty sniffed her back and began to snort out the air and shook her head vigorously from side to side. Only one fragrance smelled quite like this, Kitty got SKUNKED!

The odor first fills up your nostrils, then your sinuses, next it begins to shut down you brain, then your lungs and triggers the “Flight” response. As I began to run away, I halted and quickly realized that I had to quickly get Kitty out of the house until I could give her a bath, or some kind of treatment to eliminate the odor. If she stayed in the house our whole house would be skunked!

This is not our first experience with a family pet getting skunked. Years ago when I was out of town, one of our Golden’s got skunked. My wife did not have tomato juice so she used two bottles of ketchup. What a sticky, stinky mess.
Of course the ketchup did not help the odor and it was very difficult to get it out of the long fur. It was quite the look! On my way home I stopped at a pet store and bought a de-skunk shampoo, we tried that and it helped a little but we found that the only thing that really works is time. When your pet goes out in the rain, the smell gets stronger. It took 6-9 months for the smell to go away completely.

Today we have the Internet. I looked up suggestions to eliminate the smell. The first one was vinegar and water, have you every tried to give a cat a bath? Holding a cat while washing it is like trying to hold on to a wet 3 pound squirming worm with razor blades all over it. In the contest the winner was the Kitty. She jumped out of the bucket and scurried off. Later that evening she came back and the skunk smell was strong with a vinegar overtone. Next day we tried baking soda, peroxide, dish soap and water. The amount of time bathing Kitty was short, she is a quick learner, and she ran off all soaped up. The next day she showed up on the deck looking like a gray cat from all of the dried soap. This time we brought her in the laundry room and dunked her into the tub getting all of the dried soap off. This time she smelled better, but still has that unpleasant odor. I think we will try again in a couple of days, but Kitty is very stressed out from the smell and all the bathing activity. I went to the pet store and bought another Skunk-Off spray to try, but I’m thinking that time, the great healer will be the best remedy. Also social distancing may have been first been initiated in response to a skunking!

“Remember, every day is a gift! Some are just a little more fun to open than others. – © Joel M. Vernier 09/29/2020 Author of: “The Guinea Pig In The Freezer.” joelmvernier@aol.com

We are also a
full-service commercial design and printing house. Our specialty is
custom commercial printing, as well as the creation of clothing, cups
and other marketing products.

The Hand of God Little Bobby was spending the weekend with his grandmother after a particularly trying week in kindergarten. His grandmother decided to take...
Read more
Columns, Opinions & Misc.

Dewey Decker showed his new business cards to the other guys at the Mule Barn Truck Stop’s philosophy counter, and each member of the...
Read more
- Advertisment -