Slice of the past in Crawford 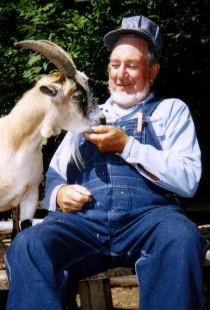 Visit ‘A Slice of the Past in Crawford County’

GRAYLING – In 1998, Howard Taylor, a retired high school history teacher and his wife, Gloria, set out to capture a bit of Michigan history and plant it in Crawford County. They lived on a small farm located down Military Road just past the intersection of 4 Mile Rd.

At some point in the past Howard had acquired “Junior” Wakeley’s old circular saw mill and set it up in their back yard. After a while Gloria saw the handwriting on the wall a told Howard he would have to take his toys across the road to the farm land they owned. Now here was an opportunity in disguise. With 62 acres to work on Howard soon picked up some more toys. Being a good historian Howard realized that he really needed a purpose for his projects. The farm was located just down the road from the historic settlement of Wellington and from this the idea of a learning and interpretation center grew.

Wellington Farm Park opened in 1998 as a 62 acre “Living History Museum”. The mission statement has been to recreate a snapshot of what it was like to live on a farm in Northern Michigan during the Great Depression. The target year is 1932. Wellington has 20 acres of tillable land by Military Road. Behind that is a 22 acre woodlot filled with several varieties of Maple Trees, a stand of very large “Iron Wood” trees, Beechnut Trees and Hickory’s. There might even be a Sassafras Tree or two. Wellington has been supported by volunteers who function as guides, docents and interpreters of the early history of the area.

Wellington was named after Wellington Batterson who was a judge in Crawford County. Back then the county Seat was located in Pere Cheney which has since been sent back to the earth it arose from.

It was during Batterson’s years that the county seat was moved to Grayling. Taylor has researched the early settlers and farmers that lived in the area and, as much as possible, the characters in the plays are named after these folks.

The farms front 20-acres is devoted to farming the way it used to be done. Antique tractors till the soil and plant crops that were typically grown during the early 30’s. Popcorn, red clover and potatoes were popular.

Broom Corn is planted to provide the raw materials for the operating broom factory in the settlement. Live-stock is raised on the property. The chickens require scratch and higher grade seed mixtures, most of which is grown on the front 20-acres and processed through one of the three belt-driven grist mills. The seed is cleaned using a hand-cranked fanning mill. Corn is shelled with one of several hand or power operated corn shellers and cracked using the hammer mill.

What farm village would be complete without a blacksmith? Wellington has a blacksmith’s shop where broken parts are repaired, hinges made and horses shod. Visitors can watch as the blacksmith explains what he is doing and does his best to answer questions.

Wellington also has a full wood working shop to repair broken handles be it on a hammer or a hoe. They start with a piece of ironwood and rough shape it with a draw shave on a shaving horse. The finish work is all by hand using a wood rasp, pocket-knife or sandpaper. You can’t buy one like that at the hardware store.

Over the last 22 years, Howard and Gloria have literally built a small village. Not only have they built the typical period buildings that occupied this village but they have filled these buildings with folks possessing the skill sets to actually be preachers, broom makers, sawyers, black smiths or tool repairmen, so when a question is asked a real answer can be provided.

Every summer week-end sees a different thyme being played out at the “Farm”. Dairy Days includes demonstrations in the Country Kitchen on cheese making, butter churning and ice cream making, (provided enough young muscles are around to turn the crank). One weekend is devoted to an antique tractor show. Another weekend may sponsor a garden tractor pull, yup, just like the big boys.