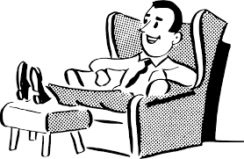 I was deep into REM, into the level below the movie “Inception,” and the alarm went off on my smartphone.

As I worked my way up to consciousness, I wondered if having a smartphone made me smart? Of course, if you have the newest smartphone and traded in your last smartphone, which was working perfectly, were you smart? Out another $1,000? If smartphones have made our society so smart, it does not appear that way to me.

When you go to a fast-food franchise and look at the pop machine (soda for those that prefer it) instead of being labeled small, medium, or large, they have pictures. If pictures are worth a thousand words, what is the absence of words saying?

My wife will not go to a restaurant, even those following the COVID guidelines. She has risk factors and is very concerned. I have risk factors, but I love food, so I have dined in, so we have picked up a lot of carryout. The frustrating thing is that our order is wrong about 40 percent of the time. Maybe they need more pictures?

When I was growing up, we had the “Party Line” phone system. There were a few other people that used the same line. When you went to make a phone call, if another party was using it, you politely hung up the phone and tried later.

After several attempts, my mom would pick up the phone and yell at the neighbor who had tied up the line for 2 hours and yelled at them to get off so she could call her mom.

That’s when the “Party” started as a World-Wide Wrestling screaming match would take place. She often used language that if I used that language, My mouth would taste soapy. In those days, there was personal accountability for your actions in my house.

I took a trip to Houston, Texas, and visited the Lyndon B. Johnson Space Center. While sitting in the observation room, I noticed the antique computers used to calculate landing our astronauts on the moon.

It’s a good thing we had the talent observed by the movie “Hidden Figures,” or the landing might have been a hard instead of a soft landing. The iPhone 6’s are 32,600 times faster than the best Apollo era computers. These smartphones could handle guiding 120,000,000 Apollo spacecraft to the moon all at the same time. Current smartphones are millions of times faster than NASA’s 1960’3 computers.

And yet with all of this calculating ability, most of the comments I see on Facebook do not strike me as showing the best of people’s intelligence! Or, at times, any intelligence at all. It can be a challenge when you first get a smartphone. I often hear some of my technology-oriented friends stating, “I just got my new smartphone 6 months ago, and I haven’t figured out how to use it.

At least when I take my naps, I can quickly know that the smartphone in my pocket could “Fly Me to the moon” and back.

“Remember, every day is a gift! Some are just a little more fun to open than others. – © Joel M. Vernier 07/15/2020 Author of: “The Guinea Pig In The Freezer.” joelmvernier@aol.com