“View From The Comfy Chair“ “Garlic vs Vampires!“ 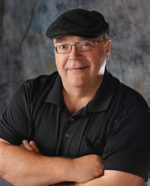 I was settling into my “Comfy Chair” for a lovely evening nap, the best way to prepare for a good night’s rest. As I pulled a nice light summer throw blanket around me, I began to drift off to nap-land. Then I felt something in the pit of my stomach start to move up my esophagus and into my mouth, exploding into a man burp, better known as a belch! Next,  the odor of the gas that blew out of my mouth hit my nostrils. It had a resonating smell that echoed in my brain. It was the smell of half-digested garlic! I love garlic! I think I started loving it when I was a child after watching some of the old black & white B movies about vampires! Vampires are scary to think of at any age, but when you are around 12 years old, they are terrifying. I hated the fact that they only came out at night. I did not like that they were immortal and needed blood to live. The thought of human mosquitos that loved to drink your blood just grossed me out. Not to mention that “Once Bitten” (Sounds like a movie title), you would become a vampire yourself, and the circle of death would continue. Those ugly bloodsuckers would sneak into your bedroom when you are sleeping, hypnotize, or mesmerize you and sink their fangs into your neck. Then they would take a long drink, gulping down your essence of life. In some of the more comedic Dracula movies, if a vampire drank the blood of a drunk, the vampire would get drunk. If they drank the blood of a beautiful woman, the woman would fall in love with them.

I guess it’s the whole “Bad Boy” thing. Vampires were almost invincible, you could stab them with a knife, shoot them full of lead, or set them on fire and they still kept on coming to get you. They did have some weaknesses like Superman had with Kryptonite! A Vampire could not go out in the daylight, the sun would destroy the cells, and the vampire would perish. You could tell you were with a vampire because they would not have an image when they looked in the mirror. In most of the movies, they did not like a crucifix, they could not look at a cross, and if you touched them with a cross, it would burn them. After I saw that in a movie, I began to wear a cross around my neck as a kid. I still wear one to this day, but for different reasons. I remember one movie, “The Fearless Vampire Killers,” where a kid defiantly held up a cross to scare the vampire away. The vampire just looked at the kid and laughed, then he said that doesn’t bother me, I’m Jewish! That humor bit was also in the movie the Mummy, where a sidekick in the film tried a bunch of religious artifacts to stop the Mummy, but nothing worked. I always enjoyed movies when people would get lost or had a horse run away or a car break down, and they would go up to a creepy house and knock on the big door. The door would creakily open, and the butler who looked really scary and talked in a broken accent would say, “Come in.”

“I will wake the master and see if he will help you!” then a horse would scream every time he spoke. The master had a Romanian accent and invited you to stay the night and have dinner at a huge table in a darkly light dining room. Vampires could be killed in a variety of ways; a silver bullet or a wooden stake through their hearts. You could lock them up in their coffin, but a few hundred years later, when a damsel would open the coffin, they would still be alive. I hope they had an iPad with them to pass the time. But the once universal thing vampires did not like was garlic! A string of garlic around your neck would ward off any vampire and most of your friends. So, I began to consume garlic. To this day, I love garlic on most things, but my favorite is fresh roasted garlic on bread with olive oil for dipping. With my belches tonight, there won’t be a vampire to be found in the entire county! I can sleep safely tonight, thanks to garlic!

“Remember, every day is a gift! Some are just a little more fun to open than others. – © Joel M. Vernier 07/28/2020 Author of: “The Guinea Pig In The Freezer.” joelmvernier@aol.com