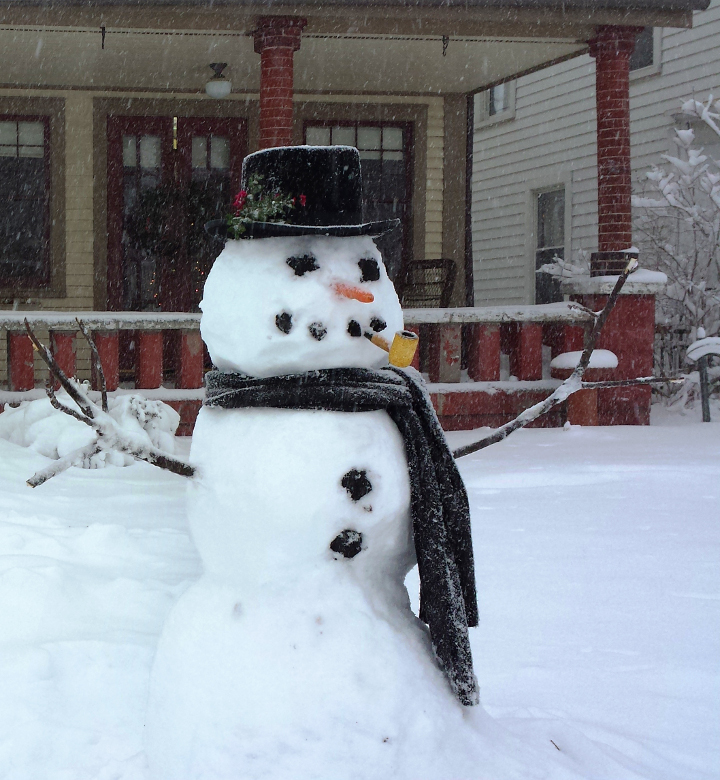 Today, many of the children are attached to social media, so much so that they miss the spontaneity, creativity, and the joy of being outside in winter. Their world centers on social media. Let us turn back the clock to a different time and place…

The sounds of children laughing and yelling echoed through many of the streets of my hometown of Caspian, Mich. This was the beginning of winter and the building of numerous snow forts and countless snowball fights.

Our two families were blessed with having an empty lot between our Pop Shop (two apartments, where our families lived), and the Caspian Railroad Depot. In the winter, the Caspian city crew would pile much of the surrounding snow into this lot. (I wonder if they still do this today?)

With these huge piles of snow, my cousins Jim, John, Chuck, Bob, and I would spend countless hours carving out some amazing forts with tunnels, moats, and huge walls. We created many battles and employed various tactics that at times proved more often than not unsuccessful.

Numerous hours were spent outside, especially on weekends, on those piles of snow. Of course, as we all know, with winter and snow comes children who are cold and wet. So, when we encountered the above problems, we would go to our homes, grab a bite to eat, warm up, change into another set of drier clothes, and head outside again.

Even today, 55 years later I can still see laying in Caspian’ Main Street (where we lived) and the surrounding flat field hundreds of broken white snowballs glistening in the morning sunlight, the result of one of our epic Friday night snowball fights.

In additional to the countless hours spent on snowball battles and forts, our time was also filled with other winter activities. We would go sledding and tobogganing on various unplowed alleys and side streets in Caspian and also down the various slopes of the Caspian Ski Jump Hill, which sometimes stretched for a quarter of a mile.

Our adventures with the wooden sleds with metal runners (waxed for speed) were endless. From sledding down snow-covered streets with traffic concerns (I wonder how we ever survived!) to sudden contact with the exposed pavement resulting in sparks and sometimes a very sudden stop, which resulted in us becoming airborne with sometimes unfortunate consequences. With one sledding run down the streets, we would be ecstatic as we sauntered back up the street in anticipation of the next adventure. This was repeated countless times until we reached the point of exhaustion and walked home, to warm up and mend our minor injuries.

Another one of our adventures was tobogganing down the slopes of the Caspian Ski Hill. This activity was phenomenal. We would pull the toboggan to the top of the side slopes and slide down long distances at incredible speeds, sometimes rolling over.

One time in particular, we ventured onto the major ski jump slope and hauled the toboggan halfway up that hill. We had one person (cousin Chuck) holding the toboggan while everyone else boarded. My cousin Bob was in the front, followed by my cousins John, Jim, and then myself.

When Chuck let go, we flew down the hill at breakneck speed. Seated towards the back all I could see was white from all of the loose snow swirling by us. When we came to a stop, I was the first to get off. My poor cousin, Bob, in the front had his face covered with snow and all I could see was his eyes.

These were such wonderful events that will forever be etched into my memory. So, why not create some memorable moments for you and your family? Here are a few suggested outdoor activities.

I hope this snapshot of our treasured adventures encourages you and your family to enjoy your winter, and have many adventures that create cherished memories of your own for years to come.