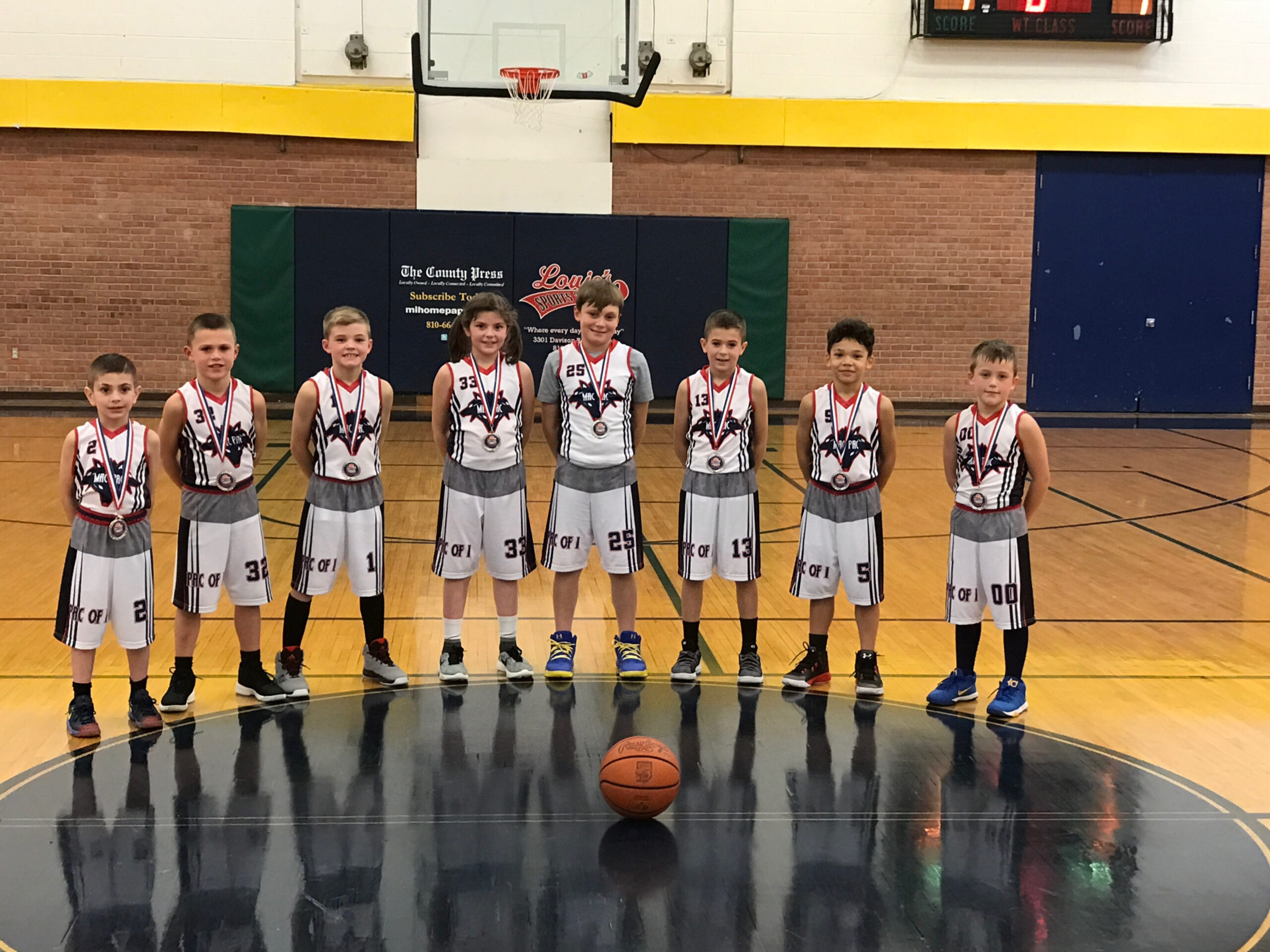 REGION – A tournament championship and a second-place tournament finish. Not bad for a couple of little teams from northeastern Michigan playing in big tournaments in near Lapeer, Flint, and Ann Arbor!

Even better? Building a bunch of new friendships through the game of basketball.

The two teams of 2-6th grade athletes from across northeastern Michigan are known as the ‘MAC PAC.’ They practice their basketball skills 2-3 nights a week at the McGregor Athletic Complex in Mio.

Most weekends are spent with one team or the other traveling to tournaments all over the state, working together on the court and having fun bonding in down times. Both teams are coached by Ty and Kristi McGregor. After their last practice before Christmas, the athletes and their families had fun at a Christmas dinner and party hosted by the coaches.

The girls, a group of 4th, 5th, and 6th graders from Mio, Fairview, West Branch, and Johannesburg-Lewiston, played December 9 and 10 in Clio. They worked hard and won 3 games on Saturday during the qualifying round and then won 2 games on Sunday to earn their championship medals.

The following weekend at a tournament in Lapeer, the boys’ team fought their way to a runner-up finish, sometimes playing teams with older athletes, and brought home their own medals. This group is made up of 2nd through 4th grade players from Mio, Tawas, Grayling, and West Branch.

Earlier in the month the girls played their first games in Mt. Pleasant. Trying to put everything together for the first time after only a few practices was tough, but they did win one of their three games.

The boys also played in early December, a

t a tournament in Ann Arbor. It was a learning experience for them as well, and they also came away with a win.

More tournaments are on the schedule for January in Mt. Pleasant, Sault St. Marie, Midland, and Lapeer.