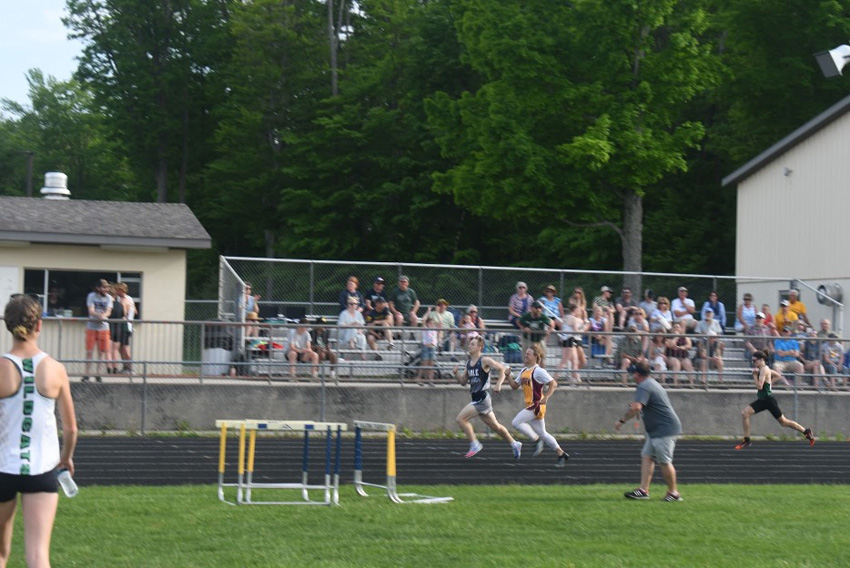 HALE – The Varsity Eagles track season has come to an end.  While the team didn’t obtain any wins throughout the spring due to the lack of runners on the team, the Eagles still managed to come out with a state qualification and many personal records.

On May 20, the team headed to Inland Lakes to compete in Regionals.  Senior Zachery Koepke placed second in the 300 meter hurdles, with a personal record of 42.69 seconds.  This qualified him for states, which took place on June 4, in Hudsonville.  There, Koepke placed 22nd with a time of 43.71.

When speaking to Coach Downing about his view on the season, he said, “The season went really well.  There were a lot of personal records made and we even had a few kids qualify for the Alpena News Honor Roll Meet.”