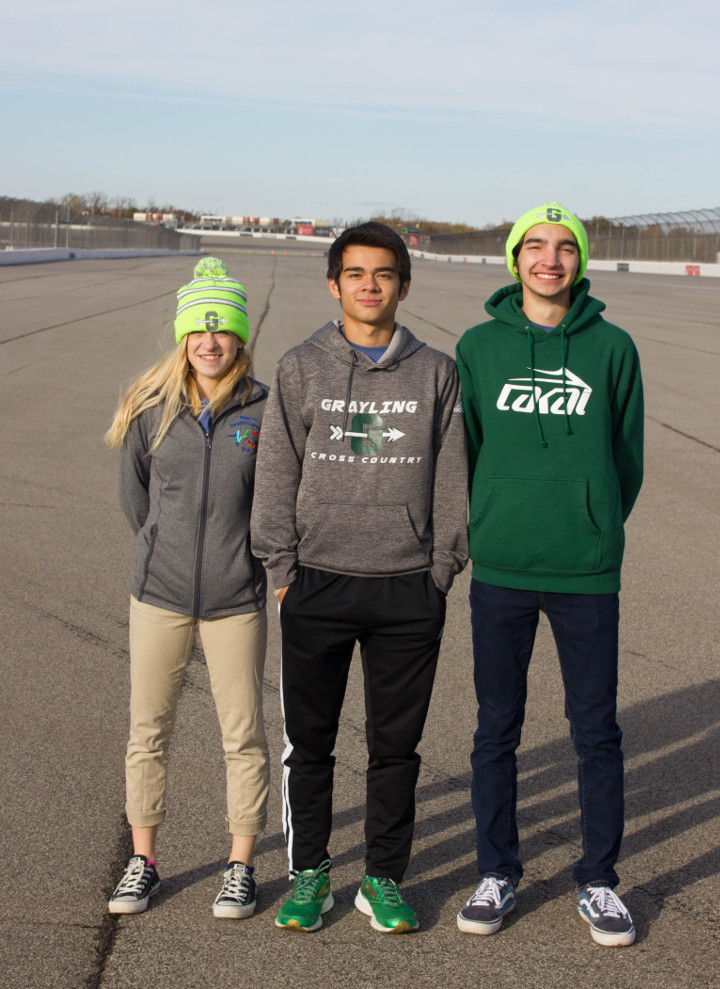 BROOKLYN – The Grayling Viking Cross Country Team traveled down to Michigan International Speedway in Brooklyn on Saturday for the MHSAA Division 3 State Championships.

Grayling had three individual qualifiers this year in its second year as a school sport.

Junior- Bri Martin who was making her second appearance to the state championships was Grayling’ lone girls qualifier placing 116th in a time of 21:02, in a field of 245 runners.

On the Boy’ side Senior- Christian Artress and Sophomore- Caden Arredondo both qualified individually for Grayling.

‘I am so proud of these athletes, they have put in a ton of time and miles to reach this stage,’ said Coach Justin Andre. ‘Cross Country Runners are a special breed, Bri showed that during her race gutting out a solid race, although not her best time, she ran with a 101.5 fever and still finished in the top half of the Michigan’ best runners.’

‘Christian finished up his Cross Country career in fashion, making his second trip to states and improving on his placing by 44 places from 2016 season.’

‘Caden, although super nervous he had a solid race in his first appearance, this is a big stage and this was Caden’ first year running high school cross country, so just to qualify is a huge deal that most 4 year varsity runners never reach.’