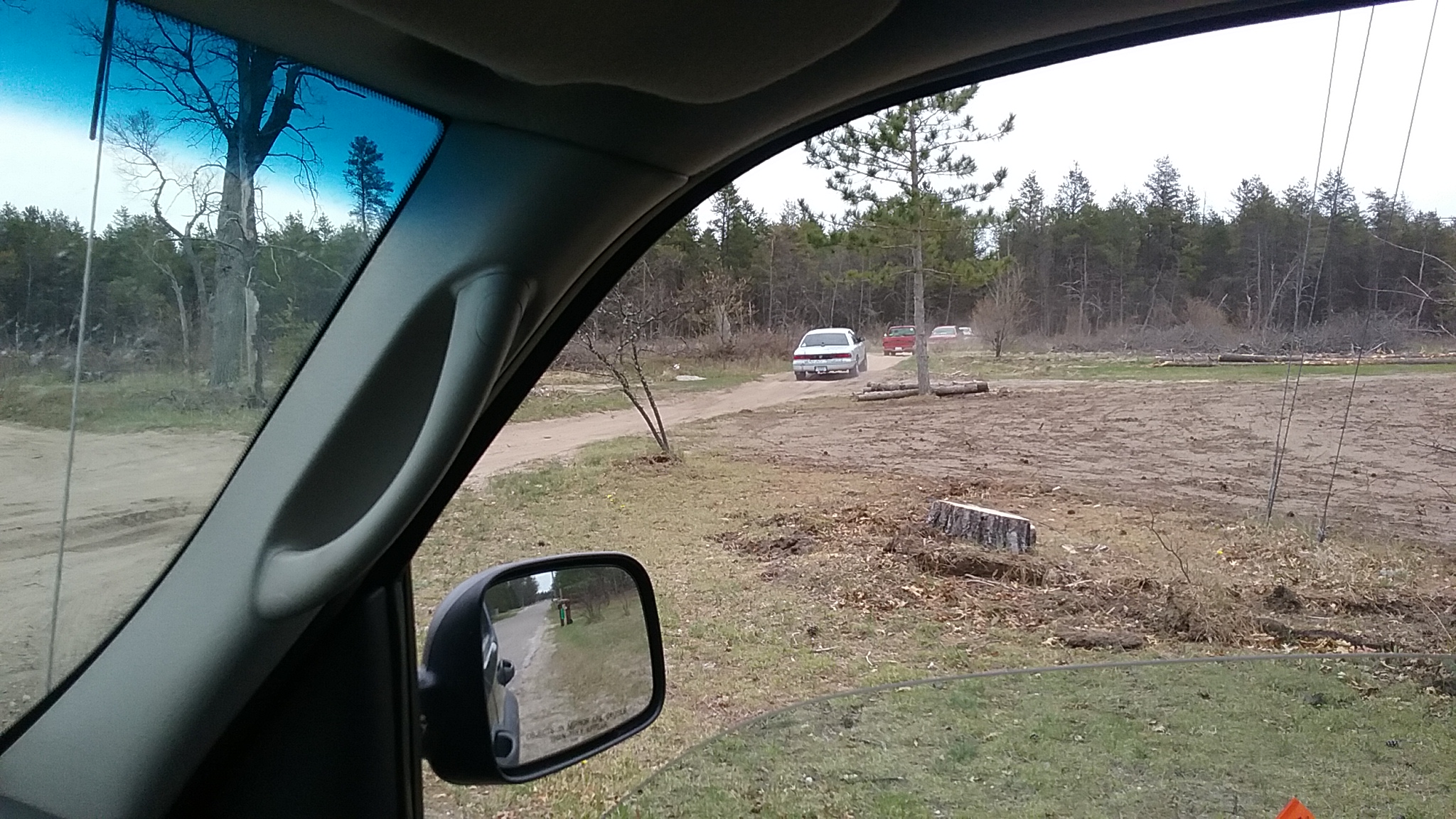 ST. HELEN- On April 29, St. Helen resident and owner of Happy Pups Bed and Biscuit, Stefanie Simmons, looked out her window. But she couldn’t believe what she was seeing. Why were so many weird looking vehicles coming into town?

She immediately took to Facebook to ask, ‘Does anyone know what this is all about?’ and started posting pictures.

NAPA sponsored the Detroit Gambler 500, a road rally with the intention of sending participants on the adventure of a life time. Participants had a long list of rules to go over that boiled down to not spending more than $500 on a junker car which had to be street legal, plated and have an Off-Road Vehicle (ORV) tag. The path they would follow would be GPS coordinates with it divided equally between interstate, rural roads, and off road trails.

The Rally started Saturday morning in Troy. Drivers were handed their coordinates, given check points, and they headed out. Making stops in Detroit, checkpoints were at Eastern Market, the Packard Plant, and the Heidelberg Project. By Noon Saturday they rolled up to Louis Fresh Market in St. Helen for an early round of bench-racing, fluid-level-checking, and lunch eating.

By the time they reached St. Helen, the number of participants had dropped from ‘Just over 400 to just over 300’ said Jake Minard of Horton Michigan. Jake and his team represented Under Steer R&D in Michigan Center. ‘There’ everyone out here from all different walks of life, engineers, car guys, college students, it’ so cool to see everyone’ build’

Nicole Garcia from Ferndale, joined up with coworker Steven Malovic and grabbed their significant others and jumped in a 2003 Subaru Outback for Hodges Subaru.

‘It just seemed like a cheap adventure and I love interacting with the other drivers’ said Garcia.

Other drivers were looking forward to entering the trails but had no idea that they had come to just that point in their journey until they got to East Carter Road. They were told that they would spend Saturday night in the woods for some primitive camping.

The event ended on Sunday. For the driver’ stories and how they chose the winners go to their Facebook page ‘The Gambler 500’