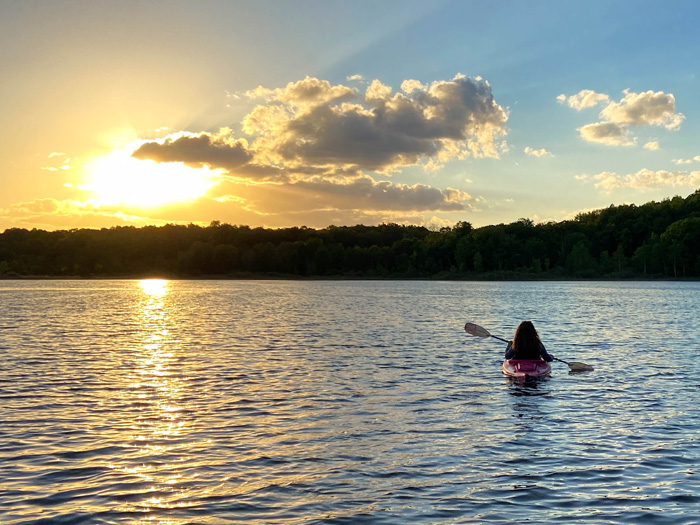 MICHIGAN – Boating has been a human pursuit for at least 8,000 years, with waters tempting us toward adventure, providing food and helping to build cities and economies. Those motivations for taking to the water have persisted and are still true today.

In 2022, Michigan is celebrating the 75th anniversary of the waterways program, a modern concept meaning the access and infrastructure needed for boating: launches, marinas, gas docks, locks and dams, and the maintenance to keep these destinations accessible and operational.

The Michigan State Waterways Commission, a seven-member advisory commission appointed by the governor, was created in 1947 to advise on how Michigan would place, fund and manage harbors to provide safe, navigable boating on Michigan’s Great Lakes. The program has evolved significantly since its early charge and today is looking toward the future of boating to ensure our state continues to be a world-class freshwater boating destination.

“Michigan is blessed with a fantastic diversity of water-based recreation, and our waterways program is integral to making the most of those opportunities and boosting quality of life for communities all over the state,” said Ron Olson, chief of the DNR Parks and Recreation Division. “Nearly 90 percent of Michigan’s registered boats are under 25 feet long, and many of those boaters rely on safe, accessible points of entry to get on the water.”

Olson credited Michigan’s waterways program for the acquisition and development of nearly 1,300 public boating access sites. Through the harbor of refuge program, too, local and state harbors are available nearly every 30 miles surrounding the Great Lakes shoreline.

“The Michigan State Waterways Commission advises the DNR, the Parks and Recreation Division and the waterways program to ensure that boaters are part of the conversation and their voices are heard,” Olson said. “Thanks to the many volunteer commissioners who have served our enviable waterways program for the past 75 years and built a strong legacy for the future of Michigan boating.”

Established by the Michigan Legislature in 1947, the commission was created to take advantage of federal monies made available from the 1945 Rivers and Harbors Act, which provided funding for U.S. Army Corps of Engineers projects on navigable waters of the nation. Congress then approved the plan for Michigan to create a safe harbor of refuge network on the state’s Great Lakes shoreline. This also funded:

This plan formed the basis of the state’s harbor program.

By 1949, the state had launched additional efforts to expand the harbor of refuge network by collaborating with local units of government (counties, townships and cities) on the construction, maintenance and operation of these facilities. This started what is known today as the Grant-in-Aid Program, establishing federal, state and local partnerships in the development of Great Lakes harbor facilities. Today, there are 82 state-sponsored harbors.

In 1968, the functions of the commission were transferred to the Department of Natural Resources and added the responsibility of selecting and creating boating access sites (commonly referred to as boat launches) on Michigan’s abundant inland lakes, too.

With this expansion of the program, funding to meet the needs of Michigan’s boaters became a priority, which is how Michigan became the first state in the nation to establish a state marine fuel tax. This carved out a portion of the state tax on the sale of gasoline for a fund that helps to provide boaters better, broader access to Michigan’s waters. Michigan was the first state in the nation to establish such a fund, creating a model for recreational boating now used by many other states.

Today, Michigan is home to more than 800,000 registered recreational boaters , with the industry contributing $7.8 billion a year to Michigan’s economy. At 3,288 miles, Michigan’s Great Lakes shoreline is longer than that of the Atlantic coast and our state is home to some 11,000 inland lakes.

Everyone is invited to help mark this Michigan maritime moment. Visit Michigan.gov/DNR/CelebrateBoating to learn ways you can celebrate, including:

Help shape the future of waterways

Boaters and others interested in having their voices heard are encouraged to learn more about the Waterways Commission, including reviewing past meeting minutes and upcoming meeting schedules. These public meetings are an excellent forum to share ideas and ask questions related to boating access, infrastructure and sustainability.

More on Michigan boating, celebration details and information on the commission can be found at Michigan.gov/Boating.