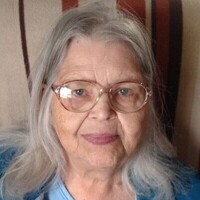 On July 10, 2022, Joanne (Brewer) Hager finished her human race, crossing the finish line and earning her rightful place in Heaven. Joanne, also known as “Momma Jo”, “Grandma Jo”, or “Mom”, was born in 1937, in the little town of Buchanan, Mi. She lost her mom at the age of 6 to ovarian cancer. As customary at the time, she and her siblings were then raised by their oldest sister while their father worked to earn an income to support the 7 of them. She graduated from Buchanan High School in 1955, then married and had 3 sons, married a second time having a boy and girl. Joanne was blessed with 15 grandchildren and 12 great-grandchildren. She now joins her father, mother, 4 sisters, 2 brothers, 1 son, 2 grandchildren, and 2 great-grandchildren who left before her.

“Momma Jo” taught Sunday School in Niles, Mi for over a decade at the Church of God – Full Gospel. She faithfully attended services as often as the doors were open. Being a single parent via a divorce, she worked hard to provide. On many a late night, she could be heard sobbing and praying, never giving up on her faith in God to provide help. In the late 1990s, she fought and beat colorectal cancer, never once getting sick from the chemo or losing hair. In 2011, she moved to the Mio area to live with her fourth son Billy as dementia was beginning to take over her. Along her journey in the Mio area, she met wonderful people, from caregivers that valued her as a motherly figure to those who were just happy to have her around. She felt that blessing others was of higher value than being blessed herself. To her final breath, she accepted all who called her “Mom” with open arms and a loving heart. It was in 2019 when the stories she once told ceased to exist as dementia stole them from her. The laughter that once filled the room with joy fell silent. One of God’s strongest women was being robbed of her gifts…and now, in this dim moment, we celebrate her with our own memories of how she touched us, memories of times we spent listening to her guide us with her love and wisdom, memories of her strength and resilience in the toughest times life had to offer.

A lifelong Michigander, she never really traveled much outside a few rides to West Virginia and back. While in the Mio area, she had many “firsts”…from visiting several lighthouses, completing the “Tunnel of Trees” tour, and her most joyous feat, crossing the Mackinaw Bridge at the tender age of 84. She gazed out her window in awe, not forming any words but instead sighs of amazement and gasps of wonder as she was driven slowly across. She was also an avid baseball fan, her earlier years spent rooting for the Chicago Cubs and her later years, the Detroit Tigers.

There will be sorrow in missing her, but as the sun rises on each new day, we can take joy in knowing she is no longer imperfect or suffering. We can find comfort in knowing that she is reunited with loved ones and will never be alone; and as the sun sets on the day, we can find peace in knowing we were touched by one of God’s chosen.

In accordance with her wishes, cremation has taken place, Interment of ashes will be held at a later date at Oak Ridge Cemetery, Buchanan, MI.