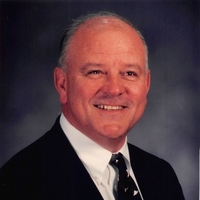 Michael Branch was born December 6, 1942 to Frank and Gertrude Branch in Detroit, Michigan. He went home to be with the Lord on June 8, 2022.

He grew up taking vacations in Higgins Lake with his beloved siblings Richard, Barbara, Christine and Timothy. He loved it so much, he eventually made up north his home.

After high school in 1961 Mike enrolled at Hillsdale College and majored in economics and history. He played football at Hillsdale for the four years he attended then graduated in 1965 and launched a teaching and coaching job at Lincoln Park High School in Lincoln Park, Michigan. Mike also earned his Masters degree in 1973 from Eastern Michigan University.

In the 8 years he taught and coached at Lincoln Park, Mike met and married the love of his life. Dianne (nee Gross) and Mike wed at St Henry’s Catholic Church on August 6, 1966. They had three children Jeff (Anne) Jennifer (Will Crawford) and Matthew (Sharon) while they lived in the downriver area.

Both Mike and Di loved spending time “up north” and took their family up on vacations every summer. In 1973 Mike applied and received a position in Grayling, Michigan as the assistant principal and athletic director at Grayling High School. They purchased a piece of land on Lake Margrethe and embarked on building their new family home.

Shortly after, in 1975 Diane gave birth to their fourth child, Steven (Danielle). Once their family was complete they settled into Grayling and became part of a community that will miss Mike greatly.

Whether in his role as athletic director, coach, assistant principal or principal, Mike touched more lives than we can count. His sense of humor and compassionate heart endeared him to staff, students, and parents. His career also gave him a front row seat to his 4 children’s athletic and academic careers, of which he was most proud.

He absolutely loved watching his kids compete. Even more than that, he loved watching his grandchildren, Michael and Ashley Branch compete on those same fields after he retired! He was so very proud to watch all 4 of his children graduate from college and begin their respective careers and start their own families.

Mike wasn’t just a staple in Grayling schools and sports, he was also an active member of St. Mary’s Parish, volunteering countless hours and devoting his energy to help get their beautiful church rebuilt. He was a member of the Grayling Rotary club for 25 years, performing in many minstrel shows as the Reverend Leroy. Mike was also a member of the Knights of Columbus, St. Mary’s Parish. He was part of the team that brought donuts to the post mass gathering every week, he sang in the choir, was an Eucharistic minister and stepped up whenever he saw a need.

Mike retired in 1999 after 34 years in education and enjoyed traveling the US most often with their best friends, Larry and Betsy Walsh. He enjoyed many winter months in Florida, especially spending time with his family on the beach playing bocce or relaxing on the patio overlooking the ocean! His annual fall trip to California to stay with his daughter and grandson, Cole Shankland was something he looked forward to all year long. He also traveled to Illinois a couple times a year to see his grandchildren Mackenzie, Nathan, Sydney, Madison, and Caden Branch doing what they love.

Although Mike loved being the captain of their boat on Lake Margrethe all summer long, the most magical time of the year for Mike was Christmas. He loved turning his house into a winter wonderland for his kids and grandkids. He’d fill their stockings and pass them out just like old Saint Nick. Those cold winter nights were always made warm by his love. Mike loved to play cards and the bigger the family got, the bigger the pot, the louder the laughter and the more precious the traditions.

Family was Mike’s greatest treasure. From his parents to his siblings to his bride of 56 years, his 4 children, their spouses, his 8 grandchildren and all of his extended family, Mike cherished every interaction. He taught his children to value people, not things. He showed them a work ethic that can only be rivaled by his acts of service. Mike’s life and legacy will be celebrated Monday June 13, 2022, 11:00 AM at St. Mary’s Catholic Church 707 Spruce Street in Grayling MI. In lieu of flowers, please consider a donation to (CAEEF) Crawford AuSable Excellence in Education Foundation.