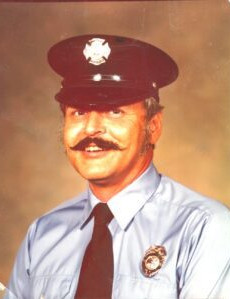 Burial will be in Roscommon Township Cemetery, located on Towerhill Road, Saturday, June 11 at 1 p.m.

He was born in River Rouge April 16, 1936, the son of Gerald Allen and Charlotte (Sancrainte) Manor. He had lived at Houghton Lake since 1977, and was formerly of Lincoln Park. He was a graduate of Lincoln Park High School. He joined the Marine Corps and served from 1954 to 1958, obtaining the rank of sergeant. Afterward, in 1963, he became a Lincoln Park police officer, and later, in 1965, he joined the Lincoln Park Fire Department, from where he retired. In 1972, while off-duty, Mr. Manor rescued two boys from a burning building and was honored with “Fireman of the Year.” He was a Mason for more than 50 years and a longtime devoted Shriner. He always said he had a full and happy life. He was married to his first wife, Allison Nusser, for 16 years and his second wife, Sandra Villet, until she died in 2015.

Preceding him in death besides his parents and wife, Sandra, was his daughter, Susan Childers, Dec. 31, 2017. Surviving are his son, Gregory Manor; grandchildren, Christopher and Brandon Childers; sister, Donna Grogg; and longtime companion, Sally Patterson.