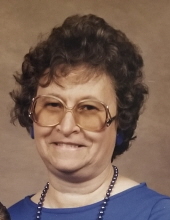 Della was a former member of the Community Methodist Church in Standish, MI and the Omer Senior Center. She was a cat lover and enjoyed gardening, camping most especially spending time with her grandchildren. Della even traveled across the country to watch many graduate from high school.

In addition to her parents, she was preceded in death by her husband Edward Dora, ex husband Earl Campbell, daughter Stacey Jakobi, son Barry Campbell and stepson Mark Dora.

The family welcomed friends on Wednesday, March 2, 2022 from 12:00 pm until the time of the funeral at 2:00 pm at the Buresh Funeral Home in Twining, MI. Interment will be in the Evergreen Cemetery in Omer, MI.