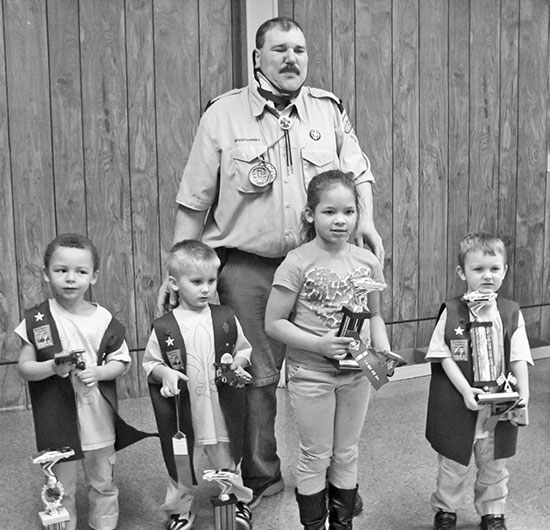 ROSCOMMON – Roscommon Cub Scout Pack 3944 recently held its annual Pinewood Derby race. Cub scouts, with the help of an adult, build a Pinewood Derby car from a kit which includes wood, wheels and axles. They then race them against other cars from their packs.

The first Pinewood Derby was held May 15, 1953 and was created for those who were too young to run in the popular Soap Box Derby races.

Winners of each Den then raced against each other to determine overall winners. Those were: Ethan Sharpe (Webelo Den), first; Terrence Holzhausen (Webelo Den), second; and Arlen Murray (Wolf Den), third.

Individual trophies were also voted on based on the car’ design. Conner Wolf received the ‘Cub Master Choice’ and Christopher Conners won the ‘I Did it Myself’ award.