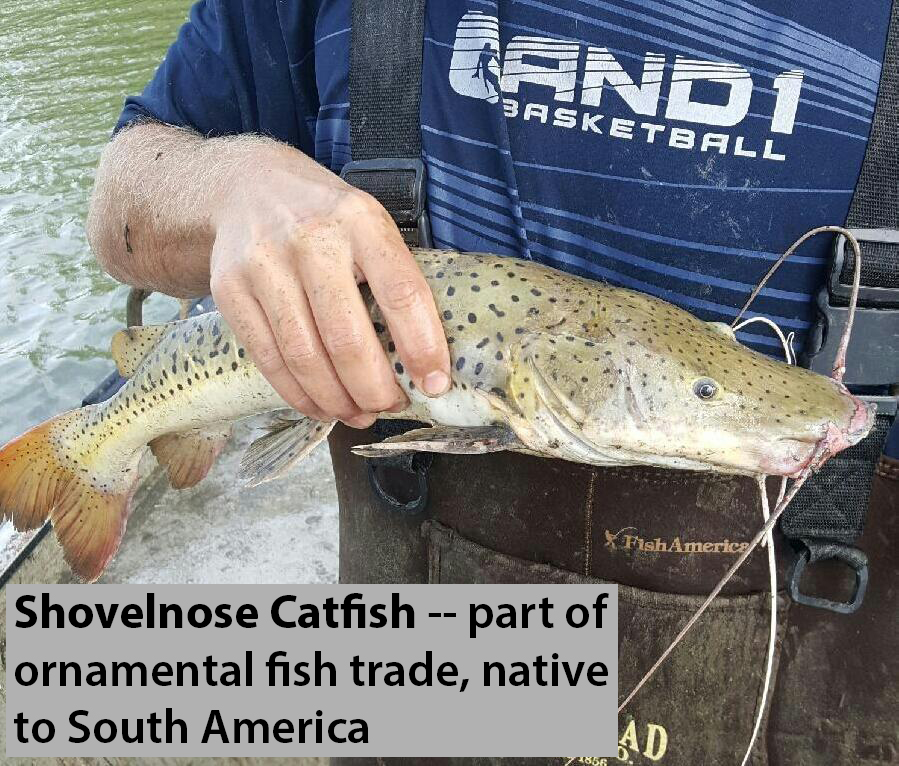 NORTHERN MICHIGAN – Each year the Michigan Department of Natural Resources receives numerous reports of unique species showing up in waterbodies throughout the state. While oftentimes these reports consist of a single animal being found, occasionally they point to large populations of non-native species where you wouldn’t expect to find them.

How these species got into the water can be a mystery, but there is one method that’s often the culprit and it’ 100-percent preventable.

Pet and aquarium owners often face the dilemma where they no longer want to keep their various organisms, so they sometimes opt to release them into the wild.

‘Pet release is almost never humane. Pets released from confined, artificial environments are poorly equipped to fend off predators and may be unable to successfully forage for food or find shelter,’ said Nick Popoff, manager of the DNR’ Aquatic Species and Regulatory Affairs Unit. ‘Those that do succeed in the wild can spread and have the potential to spread exotic diseases to native animals. In the worst-case scenario, released animals can thrive and reproduce, upsetting natural ecosystems to the degree these former pets become invasive species.’

An invasive species is defined as one that is not native and whose introduction can cause harm or is likely to cause harm to the environment, the economy or human health.

Additionally, dumping fish or other aquatic animals into public waterbodies is illegal, as doing so requires a permit from the state of Michigan. This includes the release of aquarium fish like goldfish or pacus, or farm-raised fish from private ponds.

There is a statewide campaign in Michigan that works to educate owners about proper maintenance and disposal of their pets or aquarium species. The campaign, Reduce Invasive Pet and PLant Escapes (RIPPLE), strives to provide solutions opposite of dumping them in a local river, lake or stream.

‘If your fish or other species has outgrown its tank or has begun to feed on your other fish, you should consider donating or trading it with another hobbyist, an environmental learning center, an aquarium or a zoo,’ said Jo Latimore with Michigan State University Extension and RIPPLE.

Additionally, you can often check with the store where you purchased the fish or species to see if they will take it back.

‘We are committed to assisting hobbyists through the lifetime journey with their pet,’ Rick Preuss, owner of Preuss Pets in Lansing. ‘If unexpected changes lead to a need to re-home fish, we are here to help.’

Another option is to talk with a veterinarian or pet retailer about humane methods to dispose of any species.

For more information on the RIPPLE campaign, visit michigan.gov/invasives – or check out RIPPLE’s new video at https://youtu.be/iOXeYZk8-V8.

If you catch an unusual fish or other aquatic species, keep it and preserve it on ice. If that is not possible, then take photos of the fish. Do not return it to the water. Contact Seth Herbst, DNR aquatic invasive species biologist, at 517-284-5841 or herbsts1@michigan.gov for assistance in identification.