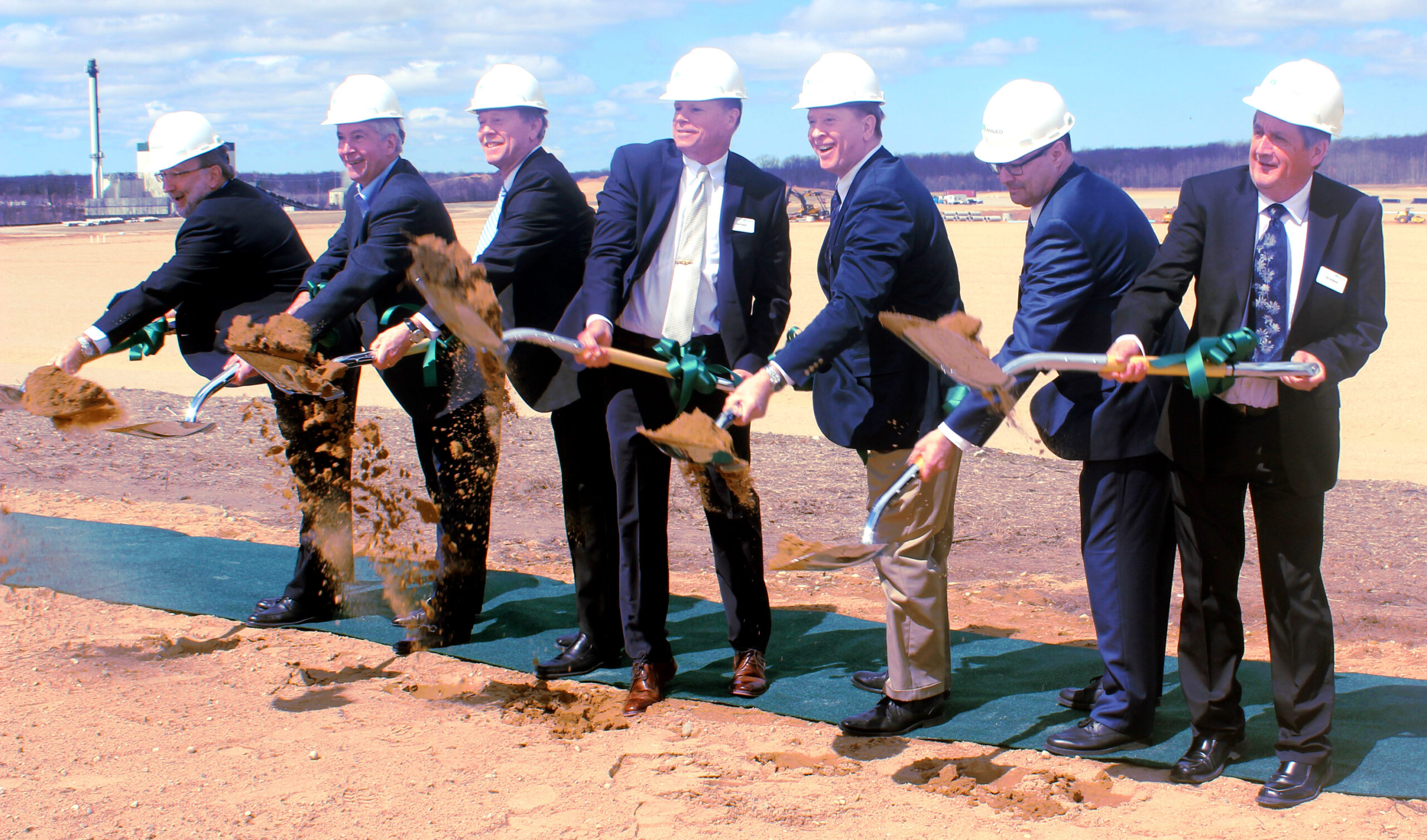 The company plans to have the $400 million plant operational by late 2018.
After a brief luncheon at Forest Dunes, attended by members of the community and ARAUCO officials, Snyder met with the public at the construction side for the groundbreaking. He thanked his staff, Grayling area officials and ARAUCO for their ability to work together to make the project happen.

THE PLANT WILL have full lamination capabilities to support the company’ Prism TFL Decorative Servicing Program. The company produces sustainable forest products produced in nine mills in North American and Grayling will be the 10th. They also have 29 mills in South America. North America comprises 28 percent of the company’ annual revenues.

The facility will be the single largest continuous particle board press in North America. Upon completion, the plant will compliment another ARAUCO facility in Sault Ste. Marie, Ontario
ARAUCO expects to create 250 permanent, full-time jobs, and potentially, an additional 500-700 ancillary positions.

Officials said in an earlier interview the company will be ‘Buying hardwood, softwoods and all of our raw materials from local sawmills and other area suppliers. We’re also buying chips and will burning tree bark to supply power to the plant . . . A belief we have is that you need a well balanced system. You need to have raw materials and solid processes that lead to a finished panel product, but you have to make sure you can sustain the operation GÇª We utilize the full tree.”

The facility will be built on 640 acres of land (almost a square mile), near the ‘Co-Gen’ plant on Four Mile Road. The road will be widened and part of the entrance will include a ‘buffer zone, blocking the view of most of the facility from the road.

The property originally belonged to the Michigan Department of Natural Resources (DNR), which was willing to sell it to the company at a reduced price after it was designated as a ‘renaissance’ zone.

A “FOREST RENASSIANCE Tax Abatement’ was approved by the county and the township. Although the full abatement can run up to 15 years, the state negotiated an agreement wherein the first 12 years the plant will pay no property taxes. The abatement will decrease to 75, 50 and 25 percent in years 13-15, paying full taxes starting in the 16th year.

The development was made possible in part because of a memorandum between Grayling Township and Beaver Creek Township more than 20 years ago to form a water authority. At the time of the memorandum there was talk of an amusement park locating in the same area.

Officially named the Beaver Creek and Grayling Township Utility Authority, the townships completed a pre-application for a Michigan Economic Development Corporation grant, and qualifies for a United States Department of Agriculture Rural Development loan to help pay for the water and sewer lines.

THE WATER AND SEWER project are expected to cost about $8 million, and will include a road from the plant to the city’ industrial park. The waste water treatment plant, owned by the City of Grayling, will need to be expanded to accommodate any additional businesses that will tap into the lines.

The authority borders expand into the Grayling Township Industrial Development Park. Due to the memorandum, another 1,200 acres of land are available for purchase from the DNR. To that end, Grayling Township, the DNR and the Crawford County Economic Development Authority have combined efforts to take advantage of the expansion by marketing the entire county, on top of the local promotional efforts by the townships and City of Grayling.