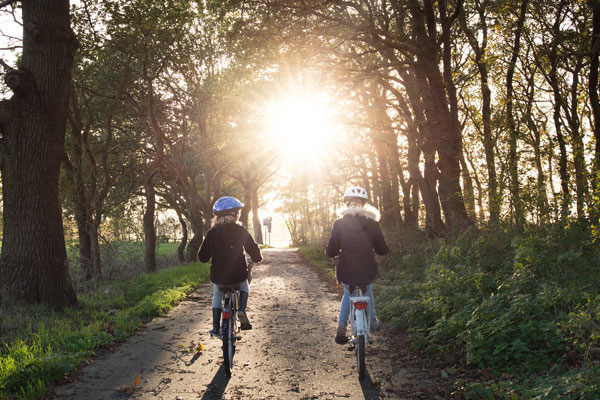 REGION – Overtime mobilization grants have been awarded to law enforcement agencies in seven Michigan cities to address an alarming rise in bicyclist injuries and fatalities on Michigan roadways. During enforcement efforts that will run from August 5 to 11, officers will focus on the laws applicable to all aspects of bicycle safety as part of Bicyclist Safety Enforcement Week.

The Office of Highway Safety Planning (OHSP) has identified the cities of Dearborn, Detroit, Farmington Hills, Kalamazoo, Pontiac, Sterling Heights and Warren as having some of the highest number of bicycle-involved crashes over a five-year period.

“This enforcement is needed now more than ever to keep bicyclists safe,” said Michael L. Prince, OHSP director. “In 2020, Michigan experienced an 81 percent increase in bicyclist fatalities from 2019’s numbers and a 76 percent rise in bicycle-involved fatal crashes for the same period.”

Between 2016-2020, bicycle crash data for the seven Michigan cities show Detroit with a total of 805 crashes, Kalamazoo with 171, Warren with 148, Dearborn with 116, Sterling Heights with 112, Pontiac with 69 and Farmington Hills with 45. Over the last five years, 141 people have been killed in bicyclist-involved crashes in Michigan.

During this campaign, officers will be on the lookout for violations by drivers that include illegal turns, failing to stop at a signal or stop sign, failing to give at least three feet when passing a bicyclist and blocking a roadway that interferes with the normal flow of traffic. Officers will also be looking for violations by bicyclists that include not riding with traffic, not using lights when biking at night and riding more than two abreast.

The enforcement campaign is supported with federal traffic safety funds provided by the U.S. Department of Transportation and the National Highway Traffic Safety Administration and coordinated by the OHSP.

Crawford history on the rails