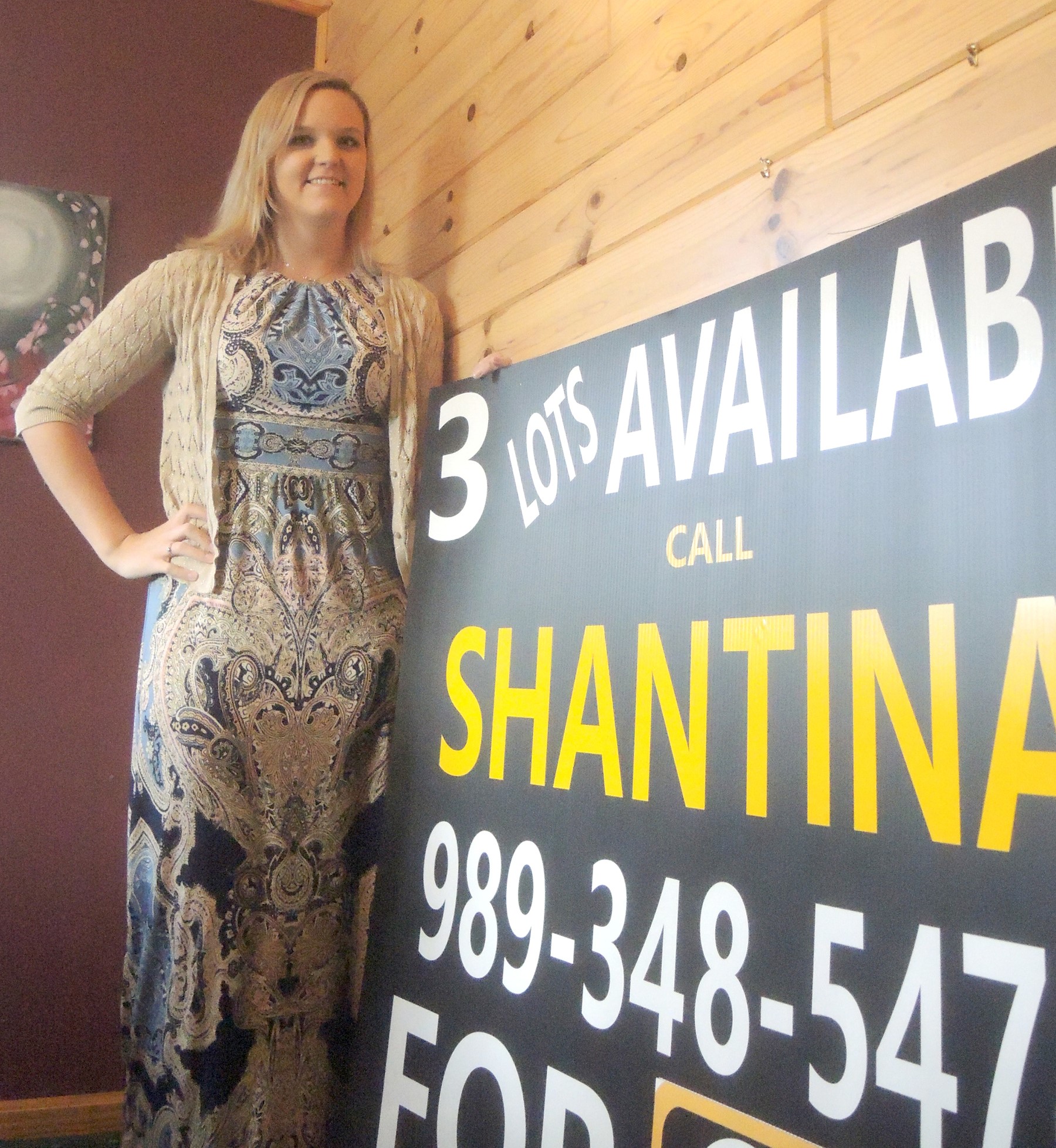 Real estate agent, Shantina Jacobs Hatfield, has lots of interesting stories from the three years she has been doing real estate. But one is rather spooky.

‘I was in this house [for my real estate office] to take new photos of the property. Just as I walk through the door I start snapping pictures. I had left the door open behind me. Suddenly I heard this slam! I thought, maybe it was the wind, even though the door led to the garage,’ explains Shantina.

‘So, as I progress, I hear stomping in the upstairs hallway. Really loud stomping. So, I look up at the ceiling and I think, ‘Oh, Lord, what did I get myself into? This is how ‘Dateline’ starts! Nobody knows I’m here.”

Shantina began to hurry to finish up her responsibilities. Then, she hears another upstairs. At that point, she begins to suspect that someone must be in the house. Against her better judgment, she walks upstairs. There is no one around. At this point, she starts having a minor panic attack.

Taking the upstairs photos as quickly as possible, she walks down the stairs and hears the door slam again.

She quickly makes her way to the basement and finds the basement light already on. Thinking back, she remembers the light being off when she walked past it previously. Cautiously, Shantina walked downstairs, snapped some pictures and came back up, turning the light off behind her.

Then, she steps outside to take some photos of the outside.

Walking through the dining room area one last time, she hears another door slam coming from the area near the basement. She turns around to check out the sound and finds the basement light once again on.

At this point, the whole situation has become too bizarre for her.

‘I apologize about the electric bill, but I left it on and I left!’

Afterward, she had to show the house to some prospective buyers. She kept hoping they would simply not show up. That was not the case however.

‘As we walk in, the door slams. We hear really loud stomping upstairs and the folks I was showing it to got pretty wide-eyed. The couple looked at each other and said, ‘I think we’re going to keep looking.”

Eventually Shantina did sell the house, but the memories of her experiences there remain with her.

While she notes she has had some interesting experiences in real estate, that one was the strangest.

As she reminisces, Shantina says while she enjoys real estate, it had not been her first choice for a career.

She was born in Traverse City, but raised in Grayling and graduated high school in 2006.

Having always loved science, she went on to college at Michigan Tech where she thought she might major in exercise science and possibly go into physical therapy.

It was on Facebook, while at college she met back up with Travis Hatfield, a young man who had dated one of her friends in high school.

Travis was on his second tour in Iraq for the National Guards at the time. His only contact with people back home in Grayling was an internet cafe about two miles from base where he could use a computer and hop on Facebook.

One day, someone commented on Shantina’s Facebook page, asking her out on a date. Travis, seeing who it was, messaged Shantina to tell her not to go out with him because he was a ‘creep.’

A relationship developed from there. They began messaging each other on Facebook daily while he was stationed across the ocean. They realized they each had streaks of sarcasm running through them, giving them an instant connection.

When Travis returned from Iraq, they moved in together. Their daughters, Sophia and Emmy were born in 2011 and 2013 respectively. Once they had a family, Shantina knew she would need a new plan for a career.

When Travis’ sister left a position as office manager for a real estate agent in Grayling, she told Shantina. Shantina thought a position like that might be worth a try. Soon, she discovered she really liked the various aspects of real estate and began working toward getting her license.

‘What I like about this job is I don’t have a set schedule. I am always busy. I like meeting new people and I can’t count how many clients of mine and now are friends.’

While Shantina notes she did not always appreciate living in Grayling growing up, her thoughts about it have changed drastically as a mom living here.

‘I love that Grayling is a good place to raise my family. I was absolutely that person who said, ‘I am leaving here when I am 18 and never coming back.’ Well, now that I have kids, I realize what a good place it is to raise your family.

‘There’s a great school system. There’s lots of great outdoor activities you can do. You’re never more than ac few miles away from a body of water if you need to go swimming or fishing. It’s centrally located, so we’re close to Traverse City, Gaylord and Mackinac Island.’

Shantina says she is excited at the opportunity to help people find their dream home in the Grayling area, even if they are haunted!