HomeFeaturesTis the season for mushrooms
Features

Tis the season for mushrooms

Here in Michigan after a long winter and with the coming of spring our thoughts range to that which our bodies crave. Fresh vegetables such as the Dandelion or Asperagus rank as top foraging foods and while there are many others I could list there is one fresh food that we all hunger for each spring, mushrooms.

Leading the list of mushrooms most coveted is the Morchela also known as the Morel. The Morel comes in a great variety with the black morel, Morchela elata, being the first to appear. Usually in April and May. Then we usually find the yellow morel, Morchela esculanta, which is found from April to late June and on into August in some higher elevations.

Fortunatly there are other mushrooms that we can harvest as well. Coprinus comatus, the Shaggy Mane is a choice edible and grows from May to early winter in most of our area. The one downside for me is that this musroom can be a bit sandy so cleaning it carefully is essential.

I personally love this next one quite a bit, Chicken of the Woods. My wife has made General Tso’s with it. The season is from May to late fall and yes this can truly replace chicken in a recipee.

Dryads Saddle is another good eating mushroom that I personally like. The soft edges can be sauted, fried or pickled. It is pretty neet in that it smells like watermelon when picked.

Late summer to late fall brings on the Grifola frondosa, “Hen of the Woods” which is an awesome tasting mushroom with an earthy mushroom flavor that has a peppery finish. Very popular in Japanese and Chinese cooking.

We could list and talk about a lot more mushrooms like Honey Mushrooms, Black Trumpets, Chanterelles, Oysters and so many more choice edibles just waiting for you to find them.

A word or two of caution now that we have the urge to go get some fresh mushrooms. There are some that will make you very sick and others that will kill you.

Get yourself a few good books identifying the species you are looking for and also explaing the possible look alikes. Also joining a local club or facebook group will help in your leaning and you may make some new friends to hunt with.

It is also important to remember that mushrooms will pick up toxins that are in the soil they are growing in or from the tree that they are growing on. This makes it important to know what type of trees you are hunting in and it is a good idea not to pick from along the road side or lawns that have been sprayed by insecticides or pesticides.

Good luck hunting and always be safe with mushrooms eating the wrong one could be your last one. 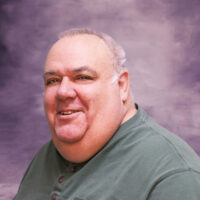 Dads do the best we can