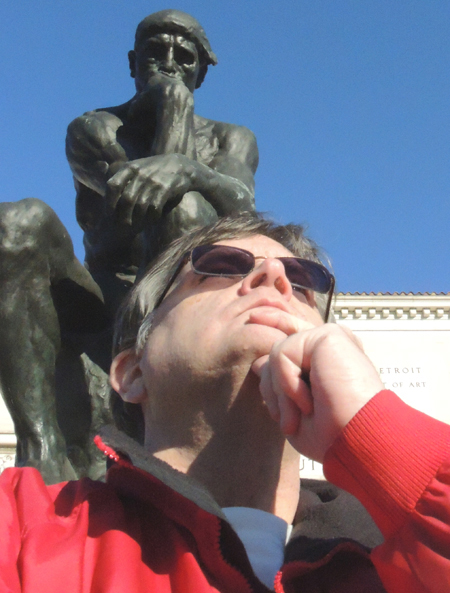 In my last couple of columns, I’ve discussed two important spiritual facts: 1) God is in control; 2) God made each of us as we are. Two facts which changed my life.

As I have mentioned before, I was bullied as a kid growing up here. And it wasn’t just one bully, but a rogues gallery of bullies. Many were transient kids whose parents came to Grayling because of jobs and left for the same reason. Two native sons however followed me for around ten years, insulting and threatening me – sometimes in school and sometimes on the way home.

While their threats to physically hurt me were bad enough, it was their words which had the biggest impact on my life.

Words when repeated over and over tend to become little recordings in our minds. People’s words can have either a positive or negative impact for that reason. Often the words will continue to replay themselves throughout the person’s life, especially at emotional times.

Labels like ugly, wimp, freak, loser, slut and sissy often come back to haunt victims during difficult times in life. For instance, when a relationship breaks up, a victim might think, ‘If I wasn’t so ugly, I could stay in a relationship,’ because a bully had told them they were ugly and no one would ever want them. It can become a vicious cycle throughout their lives.

I remember being bullied for having freckles, being clumsy, poor social skills, being too imaginative, etc.

For me, the cycle of bully recordings went on to create long periods of depression and anxiety during adulthood.

Now, you may remember me saying my bullying went on for ten year and wonder why. Well, I told my parents once. My mom talked to my teacher, but nothing was ever done. The bullies threatened to beat me up if I did tell.

In Sunday school I was taught to always ‘turn the other cheek.’ God hates violence.

We were told in school if we did punch someone we would be suspended, regardless of who started it.

It was a no-win situation with the results being victimization over and over again, because any way out would bring negative consequences. Everything worked against the victim. Why try?

So, after decades of depression as an adult, I finally went for help when life began falling apart.

Through my time of recovery I discovered those two spiritual facts. Despite what the bullies had told me, I was who God created me to be. There were no mistakes made. And who was any other human to tell God He didn’t know what he was doing? I was God’s creation.

Secondly, the fact that God is in control of my life meant that the major events in my life were somehow part of God’s plan. God can take the worst experiences and turn them into something to make us stronger and better.

In my own life, I have found that to be true. The bullying which was meant to humiliate me, in the end, made me a far stronger person today than I would have been had I not gone through it. And God knew that. He can be trusted – with everything.

Kurt J. Kolka is a graduate of two Christian colleges ‘ Concordia University in Ann Arbor and Anderson University in Indiana ‘ where he studied both Bible and theology, as well as journalism. Contact him regarding this column at thegoodnewscabin@gmail.com.

We have been commercial printers and publishers since 2010, specializing in brochures, rack cards, magazines and other
newspapers and publications. A new addition to our stable of marketing products are various promotional items such as shirts, hats, mugs, water bottles and much more.