Across County Lines – Snowball fight for the ages 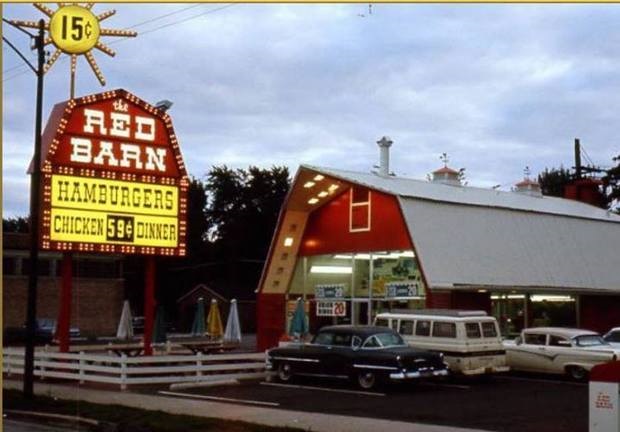 It was 1970 something on the East Side of Detroit.

We were having a running snowball fight up Flanders headed toward Gratiot with Jerry Rice, Robbie and Todd Stewart, Paul and Ricky Boyd and some other friends. Paul caught me solid with a snowball and from that point I was on a mission.

But still GÇª I kept packing and didn’t lose my focus.

We made it up to the corner of Flanders and Gratiot. There was a used car lot on the southeast corner and next to that, DiMaggio’ party store. Across Gratiot was another car lot. Next to that sat the Red Barn Restaurant. A Burger King was next door.

I walked slowly and kept packing.

We all ran across Gratiot and dodged each other in the car lot. Great spot to hide and throw.

In front of the Red Barn was a decorative cement wall about three feet high. While Paul was distracted I got down on my hands and knees and crawled, recon-style, the full length of that wall till I reached the opening where the sidewalk went into the restaurant. With my face touching the ground, I peeked around the edge. I could see and hear as the action moved my direction.

I still kept packing. By now the snowball I’d been carrying had been transformed into a smooth sphere, shiny and hard. It was a lethal weapon for a 9-year old.

As I saw Paul pause in front of the door of the restaurant, I lept to my feet and prepared to nail him. I reached back into left field and cut loose what must have been an 80 mph fastball.

At the same time, he saw me.

Just as I was releasing the snowball, he opened the door of the restaurant in an attempt to run and hide inside. But by then it had already left my hand.

I watched as the icy ball sailed through the closing door. Sitting at the booth nearest the door, with his back to me, was a man in a brown leather jacket. Across the table from him was a woman. She saw me … and the snowball.

The vision of a chocolate shake exploding as that snowball smacked that guy solid in the back of the head is clear in my mind.

A dozen kids scrambled. I remember running across four lanes of traffic on Gratiot, but couldn’t tell you if there was a car there or not. I vaguely recall hearing someone yell in the background. It was mostly a blur.
I ran down the alley , climbed up on the roof of the neighbor’ garage and waited.

Later I could hear my mom calling.

Todd’ mom, Lydia, had called. It seemed the guy was able to grab the hood of Todd’ coat (since he was the closest and the youngest) and made Todd take him to his house.

From what I understood at the time, he stood on the front porch screaming at Lydia about the kids and how he was going to call the law. Despite his insistence that she pay for the cleaning of his brand new leather jacket, she refused. Saying it was just kids having fun and to get over it.

She covered for all of us and I was the neighborhood hero for the day.

But I’ll never forget the image of the door slowly closing as the snowball sailed through the door. And the splatter of chocolate shake.