Grayling High School Players Production of Beauty and the Beast 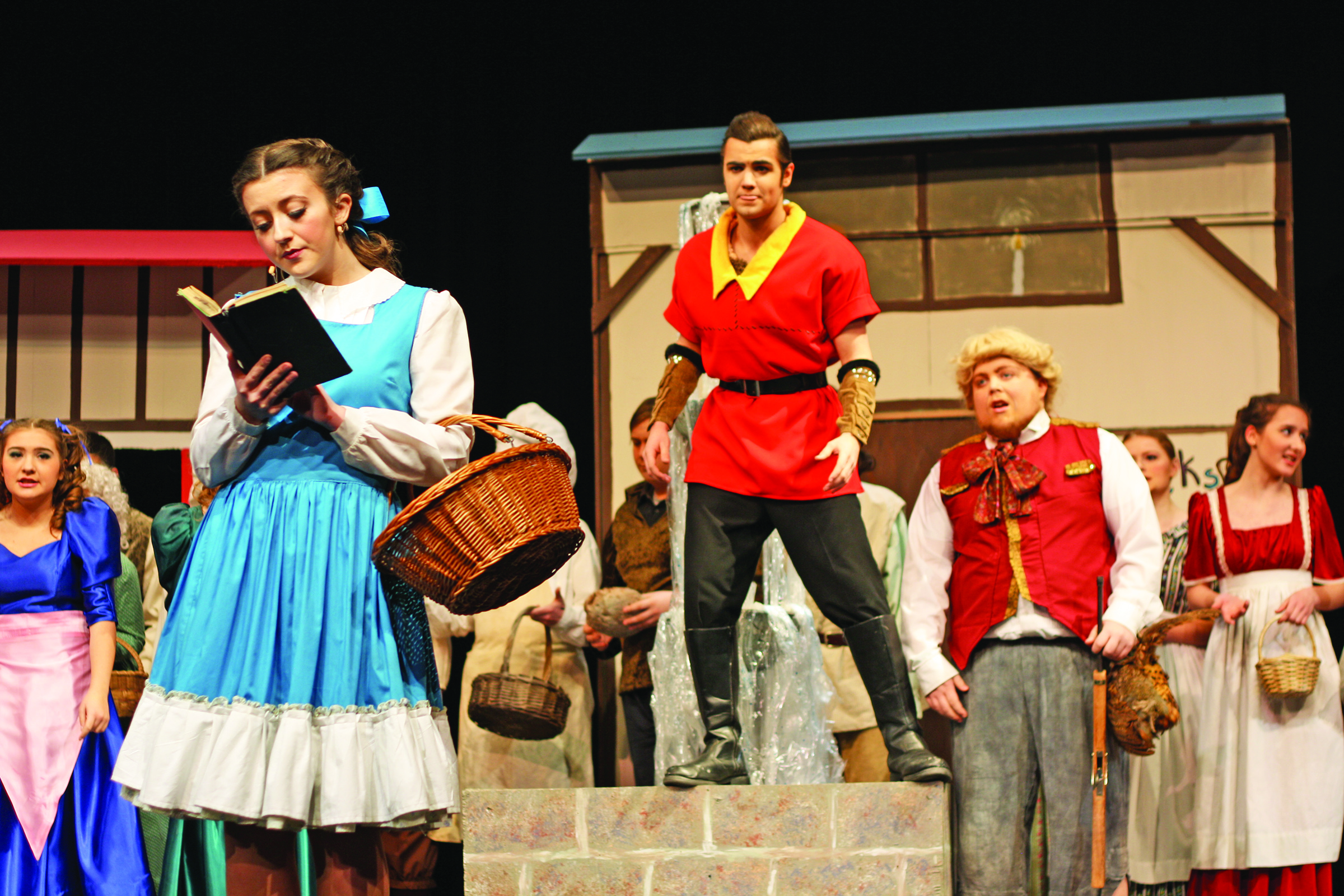 GRAYLING – Sunday, March 19, the Grayling High School Players presented their final performance of the musical, “Beauty and the Beast.”

The Players beautifully portrayed the classic tale of a selfish young prince (Noah Shambarger) who falls under the spell of an old beggar woman (Lea Hilliker) that turns him into The Beast until he learns to love and be loved. Belle (Alyssa Cobb) enters the Beast’s castle after he imprisons her father Maurice (Ben Robbins). She, with the help of his enchanted servants, begins to draw the Beast into the light of love.

The production was an absolute joy to experience. Complete with show stopping musical numbers and costumes made by the students and parents, the production was met with thunderous applause and unanimous praise from the audience. After the final curtain, the musical reached and emotional climax as every show goer rose to their feet in a standing ovation as many seniors gave their final, tear-filled bow.