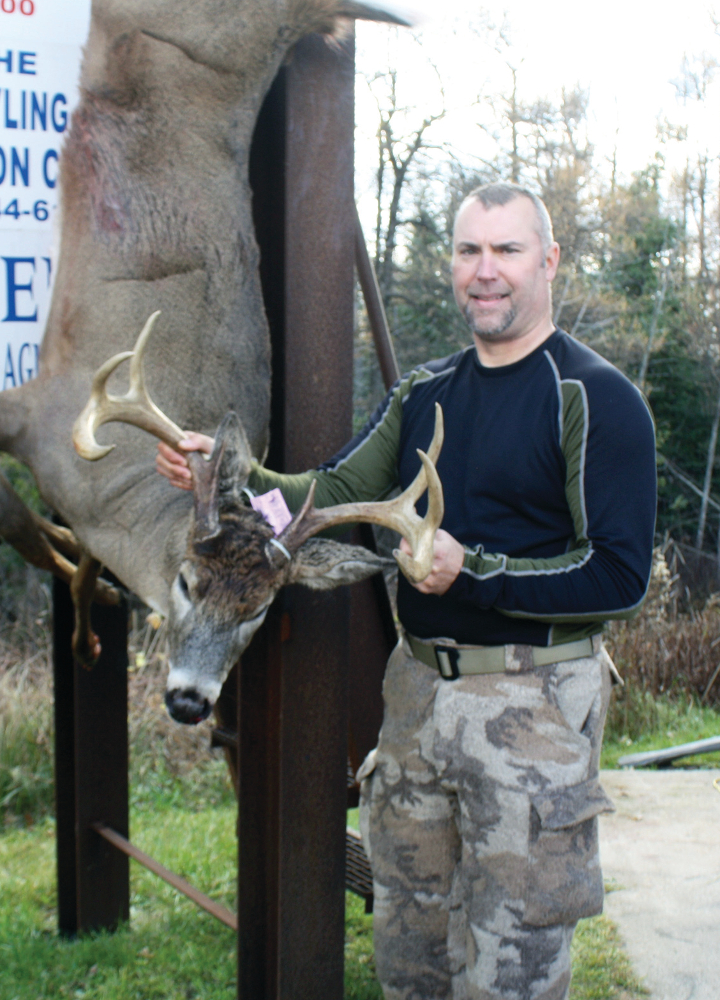 GRAYLING – The 58th Annual Grayling Buck Pole is now in the books.

At dawn on the first day the temperature was 33 with severe fog. A weather fog alert was in effect until 9 a.m. slowing everything down.

The first deer came in at 8:27 a.m. 15 minutes earlier than last year. Missy Millikin of Skips Sport Shop, said ‘this year’ bow season has been a little too warm. Even with the higher temperature hunters are seeing a lot of deer.’

At the end of the day 15 deer were recorded compared to last year’ 19 bucks.

Thomas Hause of Grayling was first with a 9-point. Seven year-old Brooklyn Robinson rolled in with a 110 pound 6-point. She was the first female of the day and was headed back to Mrs Shory’ second grade Grayling Elementary class.

Volunteers from the Camp Grayling Conservation Club said 6-year old Brody Partello arrived at 11:15 with a 112 pound 4-point). He attends Grayling Elementary in Ms. Hatfield’ class. He enjoys math and gave his dad a big hug after taking the buck.

Also bringing in deer the second day were: Bill Reichelderfer (65 pound 8-point’ Bob Fay of Roscommon (157 pound 10-point); and Brian Jacobs of Frederic, who was the last to arrive with a 120 pound six point.

Hunters are awarded prizes in various categories such as first buck for the day or youngest hunter. The deer are not only weighed but the antlers are measured and a scoring system takes into consideration total spread, number of points, and length of points assigns a score used to determine the best Buck of the two days.

The overall winner for the two days receives a new $800 scoped crossbow. It is possible to win a prize in more than one category.