Boskydel Vineyard To Be Recognized as Business of the Year 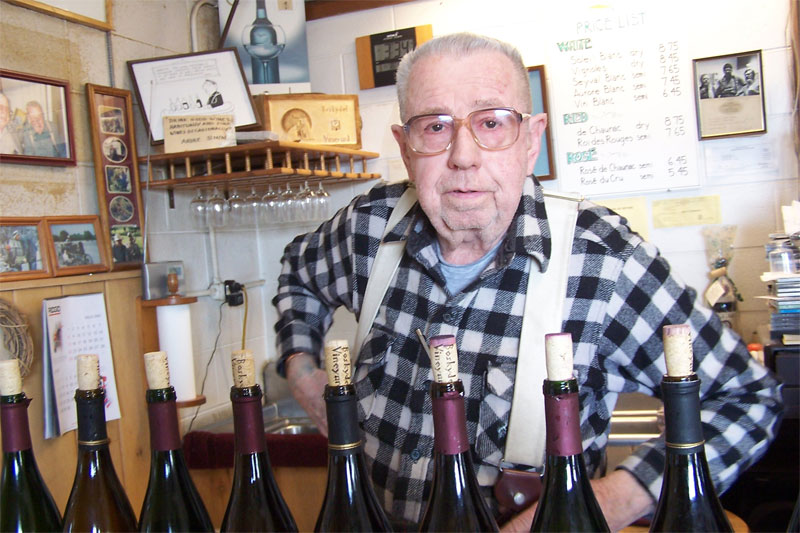 Founder of Northern Michigan’ Wine Industry is is Honored by the Leelanau Peninsula Chamber of Commerce, Two Days Before His 90th Birthday

LEELANAU PENINSULA– The Leelanau Peninsula Chamber of Commerce named Bosydel Vineyard of Lake Leelanau ‘Business of the Year.’ Boskydel’s owner and winemaker, Bernie Rink, accepted the award at the chamber’ annual dinner October 20, just before he celebrates his 90th birthday.

Incidentally, this year also marks the 40th anniversary for the opening of the Boskydel Vineyard tasting room.

Rink is known as the founder of Northern Michigan’ wine region. In 1964, he planted 10 vines each of more than 30 varietals in a test vineyard followed by a planting of 15 acres in 1970. This vineyard hosted the best six varieties from his test plot, which became Northern Michigan’ first commercial planting of wine grapes. In 1976, Boskydel Vineyard became Leelanau’ first bonded winery and tasting room. For the past four decades, Rink has continued to produced those same varieties.

The keynote speaker for the event was Scott Tucker of the Sleeping Bear Dunes National Lakeshore. Tucker was named Superintendent earlier this year.