Anglers of the AuSable clean river 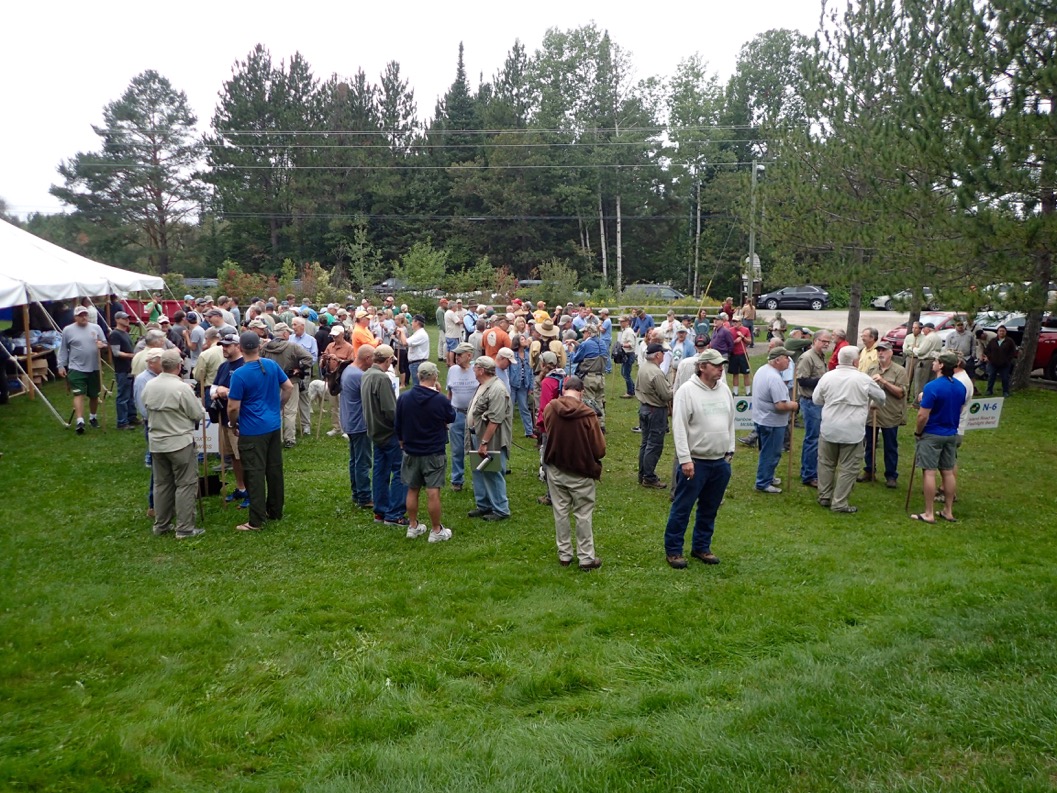 By Noah Whittaker
GRAYLING – Around 9 a.m. on Sept. 9, local anglers and conservationists gathered on the lawn next to Gates AuSable Lodge to help clean and protect the AuSable River. Trout Unlimited chapters from all over Michigan, along with the Anglers of the AuSable, the International Federation of Fly Fishers, and concerned citizens from at least a half dozen states met to lend a helping hand to a river they love.

The group of over 250 volunteers divided up and worked their way down each branch of the AuSable River cleaning and collecting trash left behind from a summer of use. From drift boats and in wading teams groups removed over six yards of waste from the waters of the river. Not every group filled an entire bag with trash but the cumulative result was outstanding.

While the majority of the volunteers were cleaning, another group worked along the High Banks of the South Branch planting cedar trees and mending tree cages. More than 50 cages were improved to accommodate previously planted cedar trees that had outgrown the protection their cages provide. These trees will continue grow and provide shade which helps keep the river cool and friendly to the trout population.

‘The trash collected this year was noticeably less than last year,’ Greenberg said. ‘It has been going like that over the last few years. Every year the river is cleaner than the year before.’

Through efforts like the Anglers of the AuSable river cleanup, Josh believes the AuSable River is, ‘for the amount of user hours, one of the cleanest in the country.’

If you have information you would like to see published, email Theresa Ekdom at theresa@ausablemedia.com. You can also enter calendar items at your convenience at ww.UpNorthVoice.com.
Au Sable Media Group is an equal opportunity employer and follows all applicable state and federal laws. Our corporate office is located at 709 Lake Street in beautiful downtown Roscommon, Michigan.