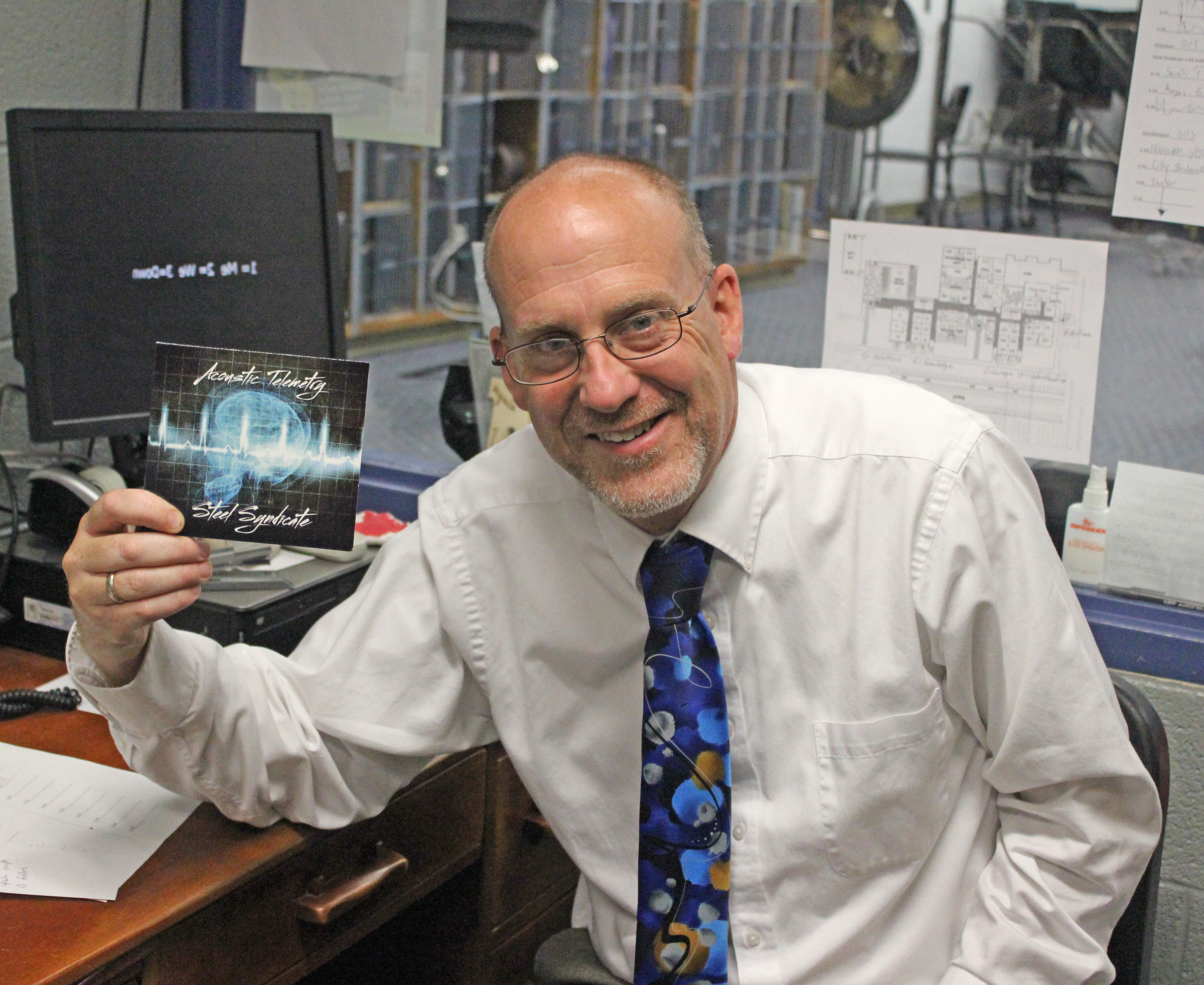 Telemetry – noun | te-+lem-+e-+try | t+Ö–êle-m+Ö-tr-ô the process of using special equipment to take measurements of something (such as pressure, speed, or temperature) and send them by radio to another place

ROSCOMMON – When Seth Kilbourn, instrumental music teacher at Roscommon High School (RHS), was in the hospital two years ago, hooked up to a telemetry machine, he began to think about music and put the two together. The heart beats on the EKG readout; the beat of the steel drum band became Acoustic Telemetry, the latest CD by Steel Syndicate, RHS’ steel drum band.

Acoustic Telemetry is the seventh release for students of RHS since Kilbourn started teaching 22 years ago.

‘I want the community to know and be aware of what the kids are doing,’ Kilbourn said. ‘This is by far one of the overall better products we’ve put out.’

The process started two springs ago when the steel drum band got together to record the album. Former student Sawyer Harris was the sound engineer, working on his final project for his sound engineering degree. It was recorded live with no mixing.

The CDs are for sale for $10 each. The money goes back into the recording fund so that future students don’t have to raise money for the next album. You can contact Kilbourn at the Roscommon High School to purchase an album, or email him at kilbourns@rapsk12.net. Or, come to their next concert Nov. 22, 7 p.m. at RHS auditorium, listen to Jazz Collective and Steel Syndicate and purchase a CD in person.