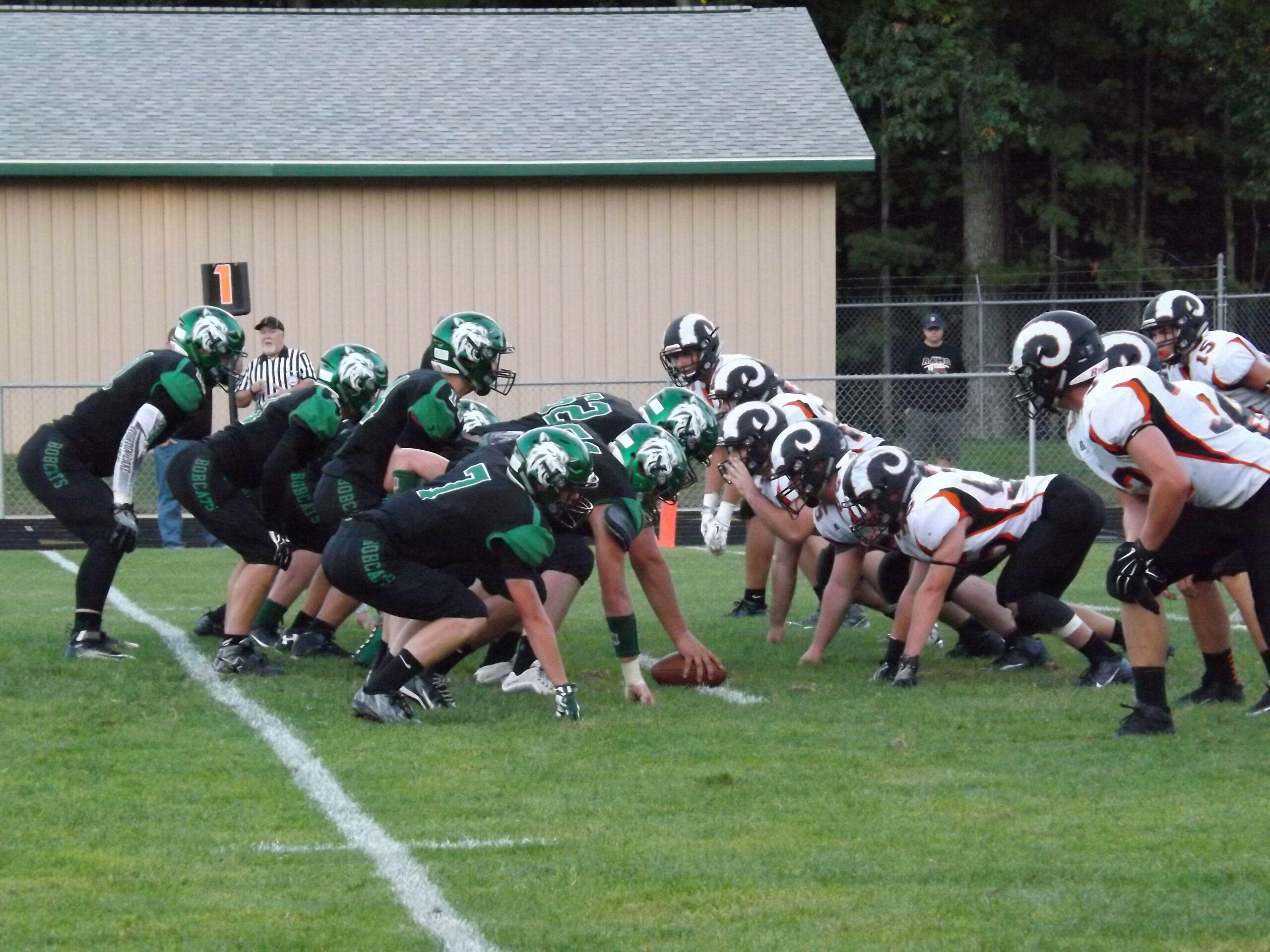 By Greg Gielczyk
HOUGHTON LAKE – Bouncing back from a season opening loss the Houghton Lake football team posted its first victory and evened its record at 1-1 with a 40-14 drubbing of Harbor Springs from the Northern Michigan Football League.
Most of the Bobcats’ damage came on the ground as they pounded out 263 yards on 33 attempts for the night. Gavin Masse had most of it, finishing with 182 yards on 15 carries. He also scored three touchdowns. Garrett Lubaski contributed another 55 yards on nine totes and reached the end zone twice. Quarterback Jackson Blanchard completed three passes in five attempts for 41 yards. Seth Brandel caught two passes for 37 yards.
“We made quite a lot of progress from the first week,” said Bobcats’ head coach Joe Holloway. “Defensively we played a lot better. They scored their last touchdown with 30 seconds to go. Proud of the way the team came back.
“You never know how you’ll respond to a Week One loss. You can’t one game bleed in and cost you two. We really focused on that. I think we’re going to have an explosive offense every week. I think we have got some really nice skill position players. A lot of guys contributed. The 40 points … you can’t expect that every night.”
As the game went on Holloway said he could see the Bobcats’ beginning to take control of the line of scrimmage on both sides of the ball.
Shawn McKinley led the defense with 10 tackles, five of them solos. Charles Stockdale and Mitchell Carroll finished with eight tackles apiece. Stockdale made six solo stops while Carroll had five solo hits. Alex Stable contributed five tackles, four of them solos. Grant Lubaski and Austin Walker had four tackles apiece.

If you have information you would like to see published, email Theresa Ekdom at theresa@ausablemedia.com. You can also enter calendar items at your convenience at ww.UpNorthVoice.com.
Au Sable Media Group is an equal opportunity employer and follows all applicable state and federal laws. Our corporate office is located at 709 Lake Street in beautiful downtown Roscommon, Michigan.